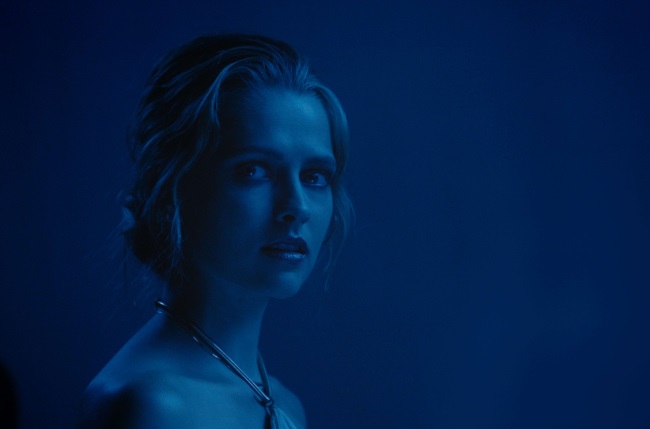 In our latest Hollywood stars article we talk to a highly successful actress, model, producer, entrepreneur, has three kids… at 34 years old.

Teresa Palmer is yet another exceptionally talented and beautiful actress who left her native Australia to ply her trade in Hollywood. Best known for romantic comedy Take Me Home Tonight (2011), for zombie love story Warm Bodies (2013), for supernatural horror Lights Out (2015) and for biographical war spectacular Hacksaw Ridge a year later. Yet it is her time on the small screen as Diana Bishop in A Discovery of Witches that has opened up new creative angles, and at a time when she is keen to focus as much energy as possible on growing her beautiful family.

Palmer, 34, is married to director Mark Webber, the couple dividing their time between homes in Los Angeles and Adelaide where they recently decided to relocate. Webber has a son, Isaac, 12, from his past relationship with Frankie Shaw – who is good friends with Palmer – and in 2014 the couple welcomed Bodhi into the world. Completing the trio is Forest, now three, and Poet, the couple’s first daughter, aged one.

Open, charming, fresh-faced and effervescent, the Australian is a breath of fresh air in conversation, and with new projects in the offing – albeit in an industry that remains on its knees in these Covid times – the year that follows should provide opportunities for the actress to further her creative development.

A Discovery of Witches is on a second season in 2021…

Together: I think the producers have been smart to keep the story turning over without it becoming stale or predictable.
Teresa Palmer: If you’d told me a decade ago my focus would be on TV work I’d have imagined something had gone very wrong along the way, but we are living in something of a revolution and the power of premium channels is really being seen at the moment, particularly as the cinemas are out of bounds for so many people.

Obviously, I’m looking forward to the time when the cinemas come back, because they are unique in what they do.

Now that you’re a mum, is it more complicated to go from one project to another in quick succession?

Not really. I take our children everywhere. I’ve always dreamed of being a mum and we’re travelling together and I’m working we try to create a very family friendly environment. I only use a nanny when I’m working, but otherwise I really embrace the joy that comes from being around my boys and having them in our lives. 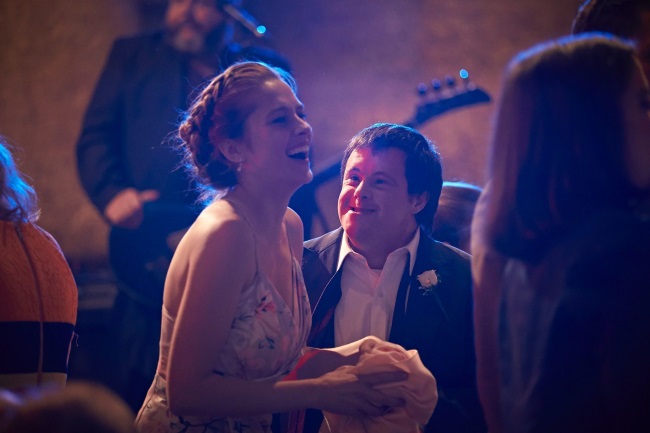 Was it at all difficult to start working again so soon after giving birth?
I think as long as your child is with you and is part of a loving family it doesn’t matter whether you’re working or travelling. We try to live very happily and harmoniously wherever we are. The fact is I am a mum and am expected to play with my children and talk about Peppa Pig and Paw Patrol. You need to make sure you are spending enough time working on your relationship just as you are on your career.

I’ve always looked forward to having children though and I’m enjoying everything that comes with that. But I’m also lucky to have a husband who is a very dedicated and hands-on father which is exactly how I am as a mother. It all comes down to being good at juggling all those different roles in your life.

Has motherhood developed your career perhaps?
I don’t know if it’s developed because I’m a mum now or that it’s happened naturally regardless. Or it’s all just coincidental timing, but something has definitely changed for the better.

I think a lot of that has to do with the wave of change in Hollywood for women where roles are much more enriched because women are increasingly dominating the box office, so the roles are strong and layered and complex. Definitely a lot different to some of the girl candy parts I played where it was all about the guy’s journey.

What kinds of factors influence your choices?
Now that I’m older, I’m a lot more selective in terms of projects. I’m drawn to real. I just want real characters that are steeped in a reality, strong women with a specific point of view.

You’ve been outspoken in the past about environmental radicalism and activism?
I think there are limits you need to respect. You can’t go so far in the pursuit of your beliefs that it harms other people. You can’t assume that your vision is so righteous that it gives you the right to do anything that you feel is necessary to your cause. That’s a line I could never cross even though I have great respect and admiration for political and environmental activists.

What is the most important advice or knowledge that you can share about wellness?I believe that we all need to take care of ourselves from the inside and then head outwards from that. Wellness is something that is both physical and spiritual. My personal belief is that we need to find our happiness from a place within and not from external sources. That includes mental health, which is something that is very personal to me. I’ve lived with it all my life through my mother and I would be extremely sensitive to the subject.

Finally, what was it like working with Mel Gibson on Hacksaw Ridge because, let’s be honest, there’s a little bit of a reputation…?!
He was a joy to work with, from start to finish and it was a huge honour. At first I may have been a bit, ‘It’s Mel Gibson, oh my god!’ And I’ll admit, I was expecting something different, but he’s a really warm, immediately likeable person who knew every single person on set… not just their names, he knew them and you know, he’s the director of a crew and cast of at least a hundred people. As ridiculous as it sounds, you just don’t get that very often with people of his status. And I really rate and respect that about him.