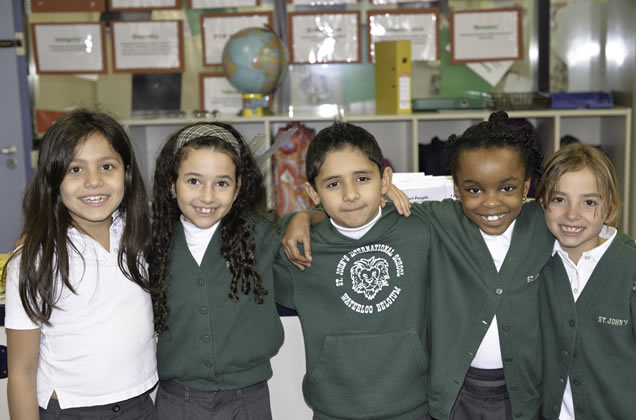 We take a look at the international schools in Brussels.

Founded in 1969, the campus, a 20-minute drive from Brussels and Leuven, is set in a beautiful 10-hectare site surrounded by woodlands and lakes.

The school is diverse and multicultural. It boasts a bilingual French-English programme starting in primary school while its secondary school students have the opportunity to study a wider range of languages from German to Russian.

Exam results are an essential indicator of performance for all schools and, every year, its internal ‘value-added’ analysis from the University of Durham underlines that it results consistently exceed expectations. For example, in 2014, BSB students achieved 100% pass rates at A Level, IB Diploma and BTEC, no mean feat given that BSB has students from all abilities and national education systems. In GCSE and (I) GCSE examinations, its A-C pass rate of 91% was well above that of the UK (68.8%).

It has the lowest fees overall, including application fees, compared to schools of a similar size and almost all of its extensive range of extra-curricular activities are free of charge. Another important plus is that 96% of its students go on to a university of their first choice. By 2016, it will be the only international school in Belgium to have its own swimming pool.

The pool is part of a new €25m state-of-the-art sports facility, including gymnasium, opening at BSB in September 2016 which will also be available to local special schools and selected Belgian charities.

Sue Woodroofe, who has worked at BSB for 11 years and has been its Principal since 2011, says: “We are very excited about this in particular and hope it will be one of the best indoor sports facilities in Europe.”

The Friends of BSB group, consisting mostly of parents, will, from this September, also have their own base (a restored villa in the school grounds) from which to coordinate their many activities.

Sue adds, “At the British School of Brussels, we believe that learning should be academically centred but sensitive to the wider needs of students and their families.

“Our goal is to create young adults who rise to the challenge of the modern world. We want to inspire and motivate responsible, engaged students who have respect for themselves and each other.”

BSB, she says, prides itself on offering a “fantastic” pastoral system and for being both a “classic” British and international school. “An international education is very enriching both for the children and staff who learn from each other. When our children leave for higher education they are incredibly popular with universities and employers because of their vision and breadth of understanding.”
www.britishschool.be

Our community is built by children from all countries, eager to attend a demanding programme in a warm environment, where each student is treated as individuals, considering their different needs. We encourage them to give the best of themselves, to build a critical, autonomous and thoughtful thinking in order to become responsible actors in the world of tomorrow.

We are proud to say that the EIM is the only school in Brussels that offers the IB Diploma Programme in French. Pupils may also choose to obtain the CESS (Certificate of Higher Secondary Education).
www.ecole-montgomery.be

International Montessori Schools (IMS)
The emphasis at its school at Tervuren (and others elsewhere in the world) is on what is known as “divergent thinking” – developing both sides of the child´s brain in order to “obtain good academic knowledge and emotional intelligence”.

That, basically, is the Montessori approach, a kind of hands-on way of doing things based on the philosophy of its founder, Dr Maria Montessori, an Italian physician and educator.

The Montessori Method is most frequently applied in pre-secondary school education and its classrooms, for children aged one to 11, are constructed specifically to meet the child´s needs at different stages of development. Children are allowed to choose their activities, with whom to work and length of time to work. The child also has the freedom to get up and find what he or she needs.

They are given guidance to become “independent thinkers”, who are able to choose, reflect and make decisions. “These,” said an IMS spokesman, “are very important life skills to have in our ever-changing society”.

Standard tuition fees include additional services such as after school hour programmes, music instrument instruction and special needs assistance. In keeping with the philosophy, the Brussels school has its own Parent Cafe, which also includes a library.

The school also offers a “complete and consistent” bilingual English-French environment with each group staffed by two teachers – one addressing the children in English, the other in French. Students can also choose Dutch, German or Spanish language lessons.

Another plus at Tervuren is the “beautiful and aesthetic surroundings”, including a recently renovated farmhouse.

“A classroom,” says the spokesman, “does not need to be a square box with nothing more than an interactive whiteboard, tables, chairs and some posters. Beautiful surroundings give energy and energy is what students need.”
www.international-montessori.org

For Ray, the school’s head teacher, this approach makes St. John’s “stand out” from the other international schools where he has worked.

He says: “Where I find it stands out is in the extent to which students are really living the three values of the school: companionship, integrity and respect. The way they treat each other, listen to each other, the respect that they give to each other – I’ve been very impressed with that.”

He adds: “Even though we really embrace our Christian values, we are open to all faiths and cultures so it is a very strong mix of nationalities, cultures and religious backgrounds.”

Ray, originally from a mining village in the North East of England, says students at St. John’s are “not noisy, neither in formal times nor on the playground. They are measured, they are relaxed, they are thoughtful. When I’ve gone into the classrooms, they are totally focused, they listen to each other, to the teacher, they’re on task.”

The vast majority of its students are expats (only 16% of students are Belgian). As a result, the importance of the school as a community builder for the forging of friendships is, he believes, “vital” in their integration into the host country.

International schools like his offer a place where students of different nationalities, religions and cultural backgrounds “live, work and play together”.

In St. John’s for example, there are over 55 nationalities and Ray says it helps to develop an “innate sense of tolerance, understanding and a breaking down of barriers”.

Ray says he is always learning from his own students. “I have a sense of humility when I listen to our students. I understand from them that we are all learners together. They have the knowledge in certain areas – certainly in technology – and by respecting that, we become a team of learners together.”

This year marks the 50th anniversary of St. John’s serving the expatriate and local communities of the greater Brussels area. Over the years it has built its reputation for excellence on a foundation of exceptional academic programs as well as athletics and the visual and performing arts.

The prestigious Ivy League universities in the US as well as Oxford and Cambridge have a well-established tradition of St. John’s students on their graduation roster. The school also has a tremendous sports and performing arts history of achievement.

More than 725 students from over 55 countries attend St. John’s and more than 93% of its graduates achieve the International Baccalaureate (IB) diploma.

Turning to the future, says his “fundamental aim” is to continue the “successful St. John’s tradition of holistic Education and further enhance its position “as a school of choice for host-country and expatriate families who can commit to and live to its fundamental values”.
www.stjohns.be

The European Communication School
The European Communication School (ECS) in Brussels is an international school with a difference. The number one difference is that it does not employ professional teachers. Rather, its ‘teaching’ team is gleaned from the ranks of professionals with private companies. None are professional teachers and have other jobs. These might include, for example, a marketing manager at VW or public relations expert at RTL, the TV network who will visit ECS to teach a couple of hours a week.

Another difference is that ECS students must undergo an internship, usually lasting two months, in the very first year of their studies with more to follow during their three-year degree course. For ECS director Barbara Claeys this approach gives its students a distinct advantage over what she calls more “classic” universities.

She said: “We do not employ teachers as such. The people doing the teaching here all have other, usually full time, jobs and come from an assortment of professional backgrounds. They are very close to what is happening in the world of industry, finance, commerce and suchlike.
This means that our students are, in turn, getting a very direct, hands on experience of the real world virtually from the off. This represents a big, big difference from traditional universities and, of course, sets us apart from them.”

Having spent over 20 years in the media and advertising industry, including six years at RTL, Barbara herself had full experience of the ‘real world’ before taking up her current position at ECS three years ago.

Some courses are given in English and, among the students in Brussels there is a broad range of nationalities, with half being Belgian and 30% from France. The rest, though, come from all over the world with more and more from Eastern European countries, including Russia and Romania.

“This,” adds Barbara, “makes for a very rich mixture. Again, ECS tries to reflect a world of multiculturalism which, I think, is rather appropriate with Brussels being such a multicultural city.”

Students at ECS take a three-year bachelor degree in communications which can then be followed up with one of several masters programmes offered by ECS.

Looking to the future, Barbara says ECS wants to “develop and extend” the work it does in the field of digital communications and everything related to e-marketing and new technologies. “But,” she at pains to add, “this must always be related to marketing and communications as that is very much our core business.”
www.ecs-bruxelles.com 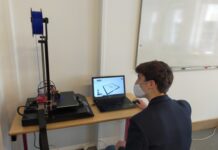