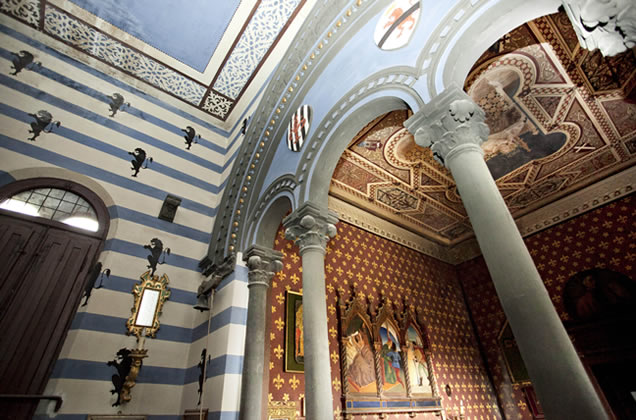 Ever wanted to live in a fairy tale castle? 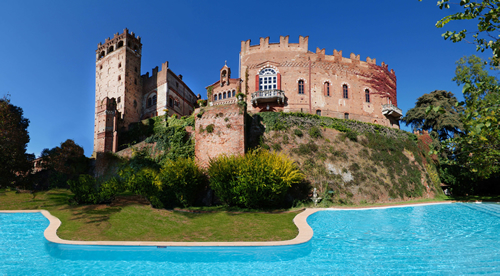 Medieval castle, Piedmont
A stunning fortified castle dating back to the eleventh century immersed in a wonderful park of secular trees and overlooking the Monferrato hills. In the eighteenth century the oldest part of the castle was renovated to create a large neo-Gothic dining room and a theatre above it decorated with frescoes showing episodes from “Don Quixote”. Inside the courtyard a small chapel was constructed which is still consecrated today. The estate is surrounded by 19 hectares of grounds subdivided between park with trees and hedges and a beautiful swimming pool and grounds used by the farm. Price: under €10m 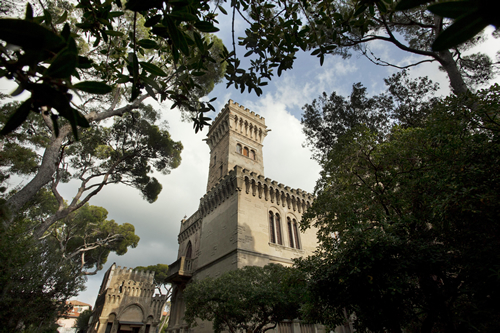 Luxury Castle in Tuscany
A prestigious ocean front castle For Sale near Livorno on the Tuscany Coast, this property was built in the early 1900s, four floors and two towers. The castle is a stone’s throw from the coast, has an incredible view of the area and has direct private access to the sea. There is a charming circular gazebo, perched on a cliff overlooking the sea. This gazebo has distinctly Neo-Classical architectural characteristics (as opposed to the Castle, which instead has a Neo-Gothic style) and columns with floral capitals. Price: under €10m 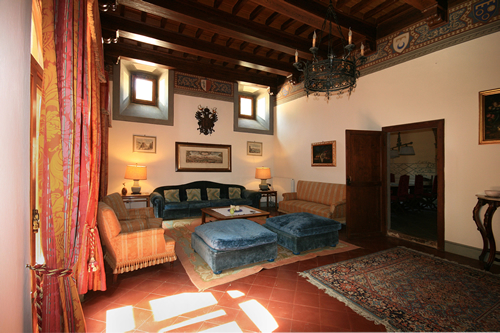 Castello di Tavolese, Tuscany
Castello di Tavolese dates back to the first half of the year 1200 and the oldest inhabitants of the castle were the Farinata degli Uberti, followed by the captain of Manfredi, King of Naples. The current owners have restored this luxury home to its ancient beauty. It boasts five floors culminating in a striking watch tower over a total of 1400m². It also has a farm extending over 62 hectares, planted with olive trees and vineyards producing Colli Fiorentini Chianti. Price: €18m 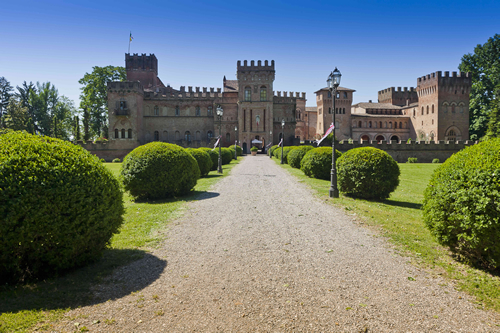 Castello in Lombardy
This impressive castle near Milan is surrounded by a circle of medieval walls, protected by a typical moat, with six crenellated towers. The castle has 8,800m² of indoor space with adjoining stables, chapel and private cemetery. Outside, there is an Italian-style garden and a large swimming pool set in a nineteenth-century bath. Price: over €10m

These castles are for sale from Lionard Luxury Real Estate, founded in 2008 by Florentine entrepreneur Dimitri Corti.
www.lionard.com