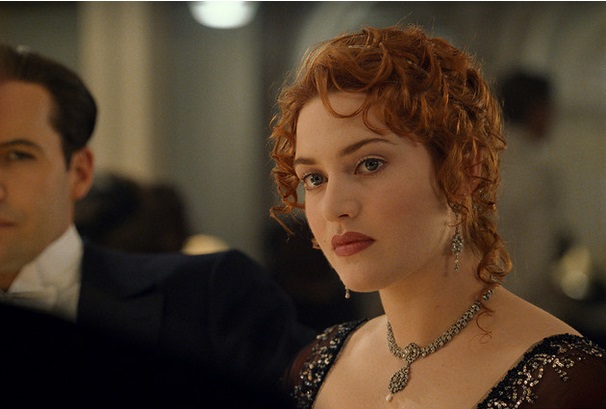 Together chatted to Kate Winslet about some of her latest roles, especially the challenge of playing a nasty mafia moll.

Kate Winslet is a veritable chameleon. Over two decades, seven Academy Awards nominations and one Oscar for The Reader in 2009, we’ve seen her play simpering Jane Austen heroines (Sense and Sensibility), a withdrawn 50s housewife (Reservation Road), a gutsy scientist (Contagion) and a spirited debutante (Titanic). And while most of it is down to her extraordinary abilities, she humbly gives credit to the costumes.

“I really think when the costume goes on, and until it comes off, it really changes everything,” she explains frankly. “I don’t think you can fully play a part until the look is put together.”

It certainly rings true in her latest role. As a vicious, evil mafia boss in Triple 9, the 40-year-old steps away from anything she’s ever done, or worn, in the past. And speaking to her today, the actress freely admits that was all part of the appeal.

She is a mother-of-three to 15-year-old Mia, 12-year-old Joe and two-year-old Bear (with husband Ned RocknRoll). She mesmerizes in this shocking gritty crime thriller which sees the cops and Russian mafia play leapfrog in a bid to claim supremacy.

Triple 9 follows an entirely contrasting role as somewhat dowdy but innumerably brave Joanna Hoffman, right-hand woman to Steve Jobs, for which Winslet is tipped to win her second Oscar after clinching the Golden Globe for Supporting Actress last month.

And after turning 40 last year, it’s an indicator that the Reading-raised megastar is only getting started.

In jolly form, the actress talks about her reservations about taking on Irina and why she worried it could descend into parody. She also reflects on her future goals, her prowess with accents, why the paparazzi are no longer interested in her life and growing older in the film industry.

Together: It’s not your first time playing the villain, but Irina is definitely the worst by a mile. Was that what appealed?
Kate Winslet: Without a doubt! She’s the nastiest, most irredeemable individual I have ever had the pleasure of portraying and, Yes, it’s something I’ve often toyed with. It’s not from a place of dying to be the villain for the sake of it – the whole ‘baddies have more fun.’ It was fascinating to get into the mindset of someone like Irina, why and how they become who they become.

So playing the villain isn’t really the most fun?
Oh no, she’s was brilliant. I relished every minute. Irina is evil through and through and I loved that. Fully in control, running the show. She’s a Russian-Israeli mafia boss, who’s running things while her husband is in prison and she is pretty horrific. It was a lot about being really mean to people. And yes, that can be fun. It can be a nice release (laughs).

But it’s nothing like I’ve done before and that was such a huge draw. And I’ve long been an admirer of John Hillcoat’s work as a director and a storyteller. And actually Guy Pearce, who is a good friend of mine, he worked with John on a film called The Proposition, which I absolutely loved.