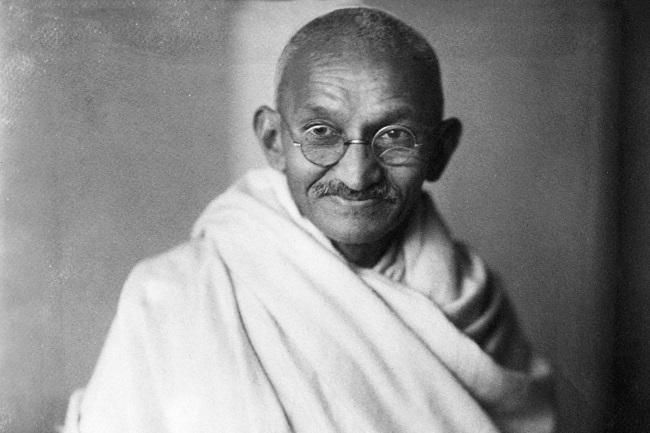 In her latest life advice article Jean o’Connor dissects the concept of altruism, just for you.

The word altruism may conjure up images of Gandhi, Jesus or Mother Theresa, but what of walruses and slime mould? Biologists, philosophers, economists, psychologists and anthropologists have been studying altruism for years. Are we born with a biological predisposition to carry out acts of complete selflessness that only benefit the other, is it our environment that encourages it, or can we just decide to be kind? Is the planet rife with altruism, or is it crying out for more?

Well, first of all, there are many ‘types’ of altruism, with a distinction to be made, for example, between biological altruism where a behaviour increases the health and wellbeing of one at the expense of another, which is usually what can be observed in nature, compared to philosophical altruism, where an action is carried out with the specific intention of helping another on a moral basis.

If we were to focus on philosophical altruism in humans, we would need to study the altruistic and the less altruistic to see what sets them apart, from personality, upbringing and culture, to level of education, life experience and brain tissue. This is something psychological researcher Abigail Marsh has dedicated her life’s work to.

According to Marsh, the highly altruistic brain is different from a biological point of view. Following years of research into the brains of psychopaths and highly altruistic individuals, her research found that a psychopathic brain under reacted to signs of fear in others and therefore had less of a feeling for how and when others were in need of help.

The area of the brain where this connection is located is called the amygdala, which was found to be smaller than average in a brain with psychopathic tendencies and larger than average in the brain of a person who could be labelled as highly altruistic. Most examples of altruism involve family, whether it’s in the human or animal kingdom, but highly altruistic individuals venture far beyond their immediate social environment to carry out good deeds.

Marsh’s research went on to show that another difference between the highly altruistic and mere mortals is that they have more of a tendency to help others outside of their direct circle of family and close friends. They also considered all others as equally important with nobody identified as more or less worthy of their aid, and they viewed themselves with a great sense of humility.

Researchers in the 1980s, interested in understanding why some were quick to jump to the aid of others and habitually exhibited kindness as a personality trait, while others did not, interviewed dozens of non-Jews who had helped Jews during the war, as well as those who could have, but did not. The results showed a cluster of characteristics formed during early childhood where those who had taken the risk to help usually identified with one ‘moralizing’ parent.

Further research showed that the fact of explaining with true emotion the negative or positive consequences of specific actions to children also had a strong effect on children’s future altruistic traits in adulthood. More specifically, the most altruistic adults came from households that were highly warm and nurturing, but at the same time quite strict when it came to notions of right and wrong and the effect of one’s actions on others.

Many cultures, faiths and religions have some form of altruism built-in to their way of life. Zakat for example, one of the five pillars of Islam, prescribes that once a certain level of living standard is attained, those following the Islamic faith should contribute a portion of their income to charity. Some educational systems have community service built into them, such as in the US, while school fundraising for charity is widespread in some countries, while completely absent in others.

So, there’s a little bit of nature and a little bit of nurture, and our environment and life-experience also play a part, whether altruism is artificially forced upon us as the ‘right’ way of acting through rituals and norms, or whether it comes from a purer and more spontaneous impulse.

Having said all this, altruism is an aspect of human nature that some researchers believe to be, at its very essence, inexistent. Indeed, some label altruism as selfish by design since it either creates a situation of reciprocity or increases positive feelings in the person carrying out the good deed and therefore in some way directly benefits the ego.

Wherever the truth may lie, humans have evolved as a highly cooperative species, but it’s also a trait that can be found amongst animals and in nature in general. Dolphins are known to swim under sick or injured animals for hours at the time, pushing them up above the surface of the water to allow them to breathe for example. Wolves bring meat back from a kill to the pack members who weren’t present, walruses adopt orphans and vampire bats form buddy systems with hungry comrades to share their food.

Plants have been shown to favour and be non-aggressive with ‘siblings’, anything that has sprouted from the same mother; trees not only communicate between each other but actually send nutrients from one to another; and even a particular species of mould has shown signs of biological altruism, whereby some cells will commit hara-kiri in order to save dying mould cells and create a new multicellular body.

Perhaps altruism then is not a trait only reserved for great deities of kindness, but is a behaviour accessible to all.

Today, the coronavirus pandemic, the Black Lives Matter movement and environmental activism are showing a more altruistic face of humanity. Could it be that a change is afoot and that, as a collective, we are moving towards a more altruistic way of being? Could this be the missing piece to business, governments, interest groups, communities and individuals working together to tackle environmental and social justice issues to make lasting change a reality?

Things may just be moving in that direction. In the meantime, however, should you perhaps be struck by the lack of altruism exhibited by that friend, colleague or neighbour (suspending for just a minute the knowledge that even mould does it), you may just want to give them a break because, you know, they just have a small amygdala.