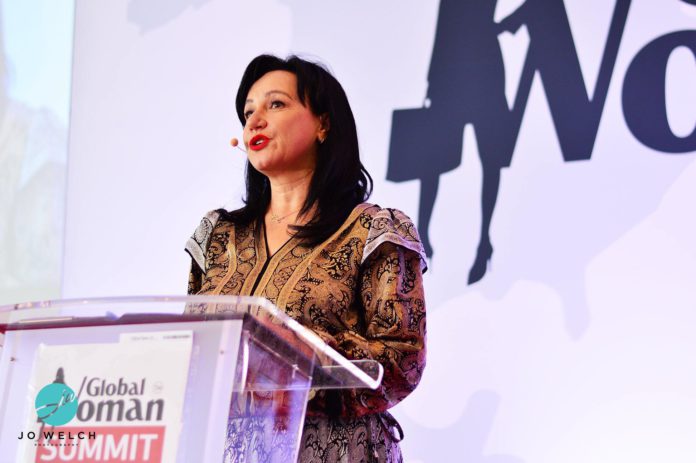 Kicki Pallin had the rare opportunity to speak with Linda Rama, the wife of the Prime Minister of Albania, Mr. Edi Rama. Linda Rama is very restrictive with regards to interviews, and this was her very first time talking about her early life during the communist regime. She also shares about “life beyond the projector’s light and official costume” – and even about Albanian future.

Linda Rama has a strong optimistic feeling about her country and truly believes that all Albanians have to feel that optimism for their families and kids. They are responsible for handing them hope. Progress isn’t made through fear, and she believes fear is the coward’s way of leadership. But we all are born into this world with a sense of hope and optimism and we need to keep it alive.

Linda Rama is serving as the wife of the Prime Minister with true dignity, deep grace and a natural way of style.Yet, at the same time she is really just like any of us. We are truly excited excited about introducing her to a new audience, so more people will get to know her, and for those of you who already know about her, this allows you to catch up on what she’s been doing the past few years for female empowerment and youth integration in her country. So be prepared to be fascinated.

Mrs Rama, how did your upbringing help to shape who you are today?
I have spent half of my life in the communist regime, where I was born and educated. I even got my first job in a typically social enterprise, that marked my first contact with the practice of a rigid centralized planned economy. The other half I spent in democracy, becoming part of the “change vortex” between two worlds, and witnessing the history of an epochal transformation unfolding. I can’t think of a more interesting life than the one my generation has lived; divided into two halves that resemble the yin and yang. Appearing so different yet similar, so contradictory, yet complementary!

In 1992, when this new world was exactly in the age of my daughter Rea, only two years old, I left the country for more than a year to pursue postgraduate studies and faced, in a dramatic confrontation, my own shortcomings. It was a time of true academic and cultural shock, and a space, both exceptional and scary, to reflect and ground myself on the soil of this dawning world.

Albania is a small patriarchal country – how important has your country of origin been to you, and has it affected your life and career?
Albania is a small country, indeed. When it comes to patriarchy, the phenomenon has been progressively losing grounds in the Albanian social reality, thanks to long and complex emancipation struggles that date back mainly to the national liberation war and communism. Communism sauntered into our lives as an enchanting dream, only to end up being a suffocating nightmare. Among other things, it marched waving the flag of female emancipation. The first to take advantage of such emancipating effort were mothers, who did not simply want to peacefully pass on their social status to their daughters but encouraged them to demand more from the future.
Despite everything, the intensity of events that divided the history of Albania into two worlds experienced by the same generation – the communist totalitarianism and emerging democracy – made us privileged witnesses of a country which, for its transformation, seemed as big as the world itself. 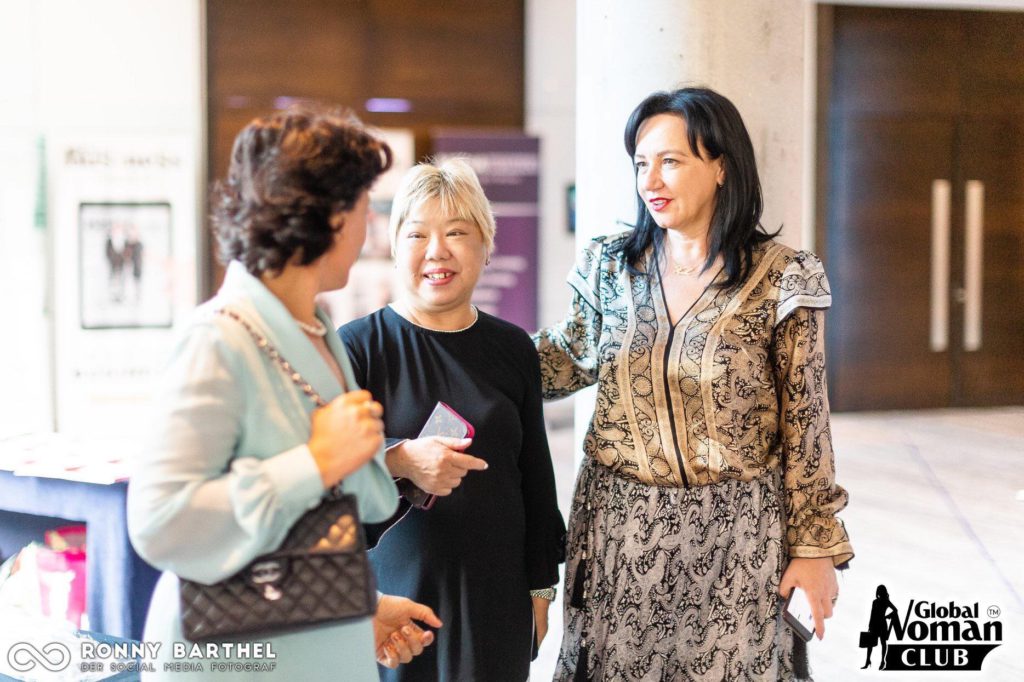 How is your day organized, and what do you do to keep the balance between work and personal life?
Being a woman the only secret to being able to strike a balance between the professional and personal life. I believe nature has endowed every woman with such qualities that make her the strongest link between the personal, family and societal balance, awarding her the prize of the “everyday hero”, who looks at the future first through the people she takes care of. Quite differently from the man, who tends to the future thanks to the woman who takes care of him, as well.

You are Albanian by origin, like Mother Theresa. Did you have a female role model in your life and if so, who was she?
In the life of every girl, the mother and grandmother are irreplaceable and unrivalled role models. They are the presence that whispers in your head when you try to move forward, the loving eyes that watch you in wonderful or sensitive moments, the perennial solace where you can find rest any time from the weariness and noise of the daily life. In addition to my mother and grandmother, throughout my life from my childhood, I have come to meet many virtuous women, whose souls were filled with passion for their work and love for life. They were mostly silent protagonists, but yet very valuable to their families and society, and they are undoubtedly another important point of reference in everything I try to stand for.

We admire your work with charities and educational organizations. As we understand, one of your biggest passions is to empower women and youth. What are your three tips for women or girls who have given up on their dreams?
I admire and deeply respect everyone who in the course of the tough transition years has stood by the side of Albania and Albanians to help them deal with extremely hard challenges. I am thinking of the Albanians who emigrated in the early 1990s and onwards, who graciously shared the burden of living with their families of origin by offering an invaluable contribution to the Albanian State and society. I am also thinking of all the foreign taxpayers who have assisted the country through their bilateral State cooperation agencies, humanitarian organizations and other institutions to alleviate and address the social dramas of an onerous transition, helping in all development areas. All this eagerness, this benevolence to stand by a country in its dark days make us confident that there will always be someone who, through hardships, will be there to lend a hand.

If I have to answer your question with a ready-made formula for girls and women in adversity, I would begin with an apology and a request: “If you read me, please don’t take my words as the advice of one who is trying to teach you something!” Because they have the special wisdom forged by their suffering. What they need is just an opportunity, a chance, a hand that reaches out which they must seek with the strength of their dreams and the hope for change. I have known a girl who used to be a nobody, and nobody took her seriously when she was only the teenage daughter of a poor family. She used to say: “One day, I will sing in La Scala!” Her name is Ermonela Jaho and indeed she made it to La Scala; she managed to rise up there with the stars of the world opera stage, from the muddy streets of her house in the gloomy Tirana of the 1990s.

As a woman who has achieved many things in life, you are the wife of the Albanian Prime Minister, you are famous and admired by many people in Albania and beyond. How do you see women’s future, is there a positive tendency for more rights and free initiative?
I believe that efforts made in the last century to advance women’s rights and gender equality have left indelible marks, blazing a now irreversible path when it comes to female advancement. The improved education indicators are a solid assurance of that. There are many women across the world today who are champions of civic activism and gender representation who have inspired and have accomplished a lot of what in the past seemed unimaginable for women.

How can we create more equality between men and women in the world, and how do we help women to feel more ’self-worth’?
After a long journey, us women have started to climb a mountain whose peak seemed to be quite far away, but this is no longer the case… From here on, what we must do together is persevere, combining passion with awareness, free of fear and hesitation, standing up to all the challenges in our own quest for the mountain peak that is closer than we might think, even if our eyes don’t see it!