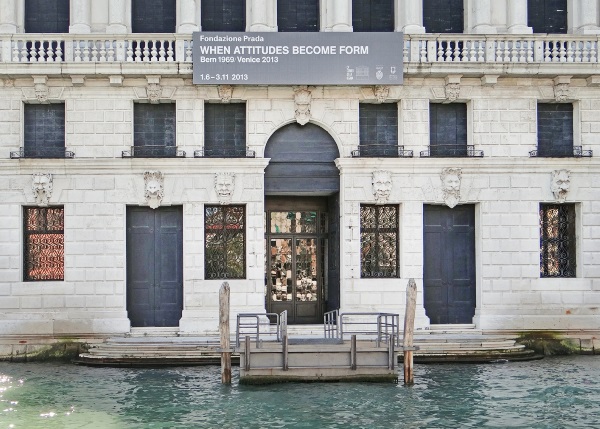 This month we look at some of the iconic and very wealthy luxury brands in the fashion world.

Ralph Lauren
What began 40 years ago with a collection of ties has grown into an entire world, redefining American style. Ralph Lauren has always stood for providing quality products, creating worlds and inviting people to take part in our dream. Lauren says: “We were the innovators of lifestyle advertisements that tell a story and the first to create stores that encourage customers to participate in that lifestyle.

The online site com takes this participation to a new level as a rich and exciting interactive destination. When you’re transported into the world of Ralph Lauren online, you can shop for great products for yourself and your home, learn about adventure, style and culture in RL Magazine and on RL TV, find one-of-a-kind vintage pieces and exquisite gifts and much, much more. “Back when all this started,” he says, “I felt sure that there were no boundaries. I’m even more sure of that today.”
Net worth: €4.04 billion.
www.ralphlauren.com

Innovation is at the core of Prada’s success, with no sector escaping the Group’s avante-garde approach, distribution included. It was the first brand to launch a new type of store, known as “Prada Epicentres”, designed by internationally-acclaimed architects such as Rem Koolhaas, and Herzog & de Meuron, both winners of the Pritzker Prize (the Nobel for architecture).
Net worth: €4.27 billion
www.pradagroup.com
Photo: Jean-Pierre Dalbéra

Burberry
At the tender age of 21, dressmaker Thomas Burberry established his eponymous company, initially specializing in outdoor attire. The first store opened in the same year on Winchester Street, Basingstoke. In 1879, Thomas Burberry made his breakthrough when he invented gabardine. Tightly woven and durable, the weatherproof fabric revolutionized rainwear with its breathable and lightweight qualities, and went on to form the basis of the company’s iconic trench coat. The origins of our signature outerwear design can be found in the Tielocken, a coat patented in 1912 and designed by Thomas Burberry. Now worn across the world, the trench coat has evolved over the years to become the much-recognized style of today. The company’s activities are executed by a global team of almost 11,000 employees.
Net worth: €4.34 billion
www.burberryplc.com

Tiffany & Co
This is a firm that goes way back. Founded by Charles Lewis Tiffany and John B. Young in Brooklyn, Connecticut in 1837 as a “stationery and fancy goods emporium”, the store initially sold a wide variety of stationery items, and operated as Tiffany, Young and Ellis in Lower Manhattan. The name was shortened to Tiffany & Company in 1853 when Charles Tiffany took control and established the firm’s emphasis on jewelry. Tiffany & Company has since opened stores in major cities all over the world.

Since 1940, Tiffany’s flagship store has operated at the corner of Fifth Avenue and 57th Street in Manhattan, New York City, U.S. The polished granite exterior is well known for its window displays, and the store has been the location for a number of films, including Breakfast at Tiffany’s, starring Audrey Hepburn.
Net worth: €5.16 billion
www.tiffany.com

Cartier
Cartier is a French luxury goods conglomerate, which designs, manufactures, distributes and sells jewellery and watches. Founded in Paris, France in 1847 by Louis-François Cartier, the company remained under family control until 1964. Like many of these huge brands it has its headquarters in Paris.

Cartier is well known for its jewellery and wrist watches, including the ‘Bestiary’ (best illustrated by the Panthère brooch of the 1940s created for Wallis Simpson), the diamond necklace created for Bhupinder Singh the Maharaja of Patiala and the ‘Santos’ wristwatch in 1904. They remain the favoured jewelers to royalty and the very well-off and now have branches throughout the world, including recently its first flagship store in Seoul, South Korea, and a shop in the newly-developed River Oaks District, in Houston.
Net worth: €5.5 billion
www.cartier.com

Hermès
Hermès International S.A. is a French high fashion luxury goods manufacturer established in 1837, the same year as fellow international brand Tiffany & Co. Hermès specializing in leather, lifestyle accessories, home furnishings, perfumery, jewellery, watches and ready-to-wear. Its logo, since the 1950s, is of a Ducal carriage with horse. Thierry Hermès (1801–1878) was born in Krefeld, Germany in 1801 to a French father and a German mother. He first established Hermès as a harness workshop in the Grands Boulevards quarter of Paris, dedicated to serving European noblemen, producing high-quality wrought harnesses and bridles.

Hermès’s son, Charles-Émile Hermès took over management from his father and moved the shop in 1880 to 24 rue du Faubourg Saint-Honoré where – remarkably – it remains to this day. But the firm has changed, including creating, in 2015, a partnership with Apple Inc. to produce the Apple Watch Hermès, combining Apple’s smartwatch with Hermès specially crafted single tour, double tour and cuff watch bands. It’s a long way from harnesses and bridles. Wonder what old Thierry would think of it all.
Net worth: €6.18 billion
www.hermes.com

Gucci
Gucci was founded by Guccio Gucci (so good they named him twice) in Florence in 1921. As an immigrant hotel worker in Paris young Gucci admired the luxurious luggage he saw guests bring with them. On his return to Florence, he established a shop in 1920 that sold fine leather goods with classic styling. He maintained traditional aspects of fabrication, initially employing skilled workers in basic Florentine leather crafts, who were attentive to finishing.

Influential, innovative and progressive, Gucci is reinventing a wholly modern approach to fashion. Under the new vision of creative director Alessandro Michele, the House has redefined luxury for the 21st century, further reinforcing its position as one of the world’s most desirable fashion houses. Eclectic, contemporary, romantic, Gucci products still represent the pinnacle of Italian craftsmanship and are unsurpassed for their quality and attention to detail.
Net worth: €12.1 billion
www.gucci.com

Louis Vuitton
Louis Vuitton Malletier, commonly referred to as Louis Vuitton or shortened to LV, was founded in 1854 by Louis Vuitton. Like Gucci, his first breakthrough was in designing more practical, lightweight luxury luggage.  When he died, his son took over and by 1913, when the Louis Vuitton Building opened on the Champs-Elysees, it was the largest travel-goods store in the world at the time. The company now operates in 50 countries with more than 460 stores worldwide.

The label’s LV monogram appears on most of its products, ranging from luxury trunks and leather goods to ready-to-wear, shoes, watches, jewelry, accessories, sunglasses and books. According to a Millward Brown 2010 study, Louis Vuitton is the world’s 29th most valuable brand, right after Gillette and before Wells Fargo.
Net worth: A staggering €20 billion
www.louisvuitton.com