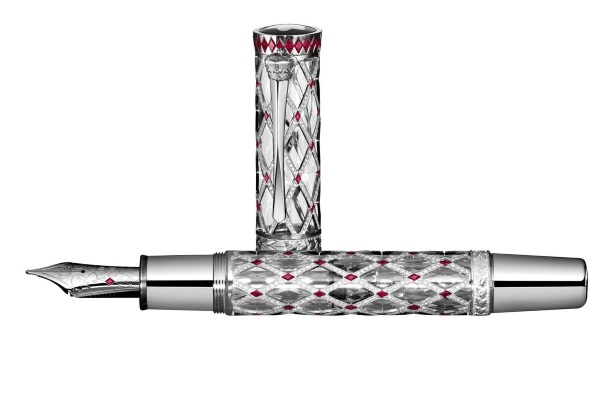 This limited edition writing instrument is one of the most expensive pens ever created. Each pen has 840 diamonds and more than 20 carats of gemstones. €730,000. 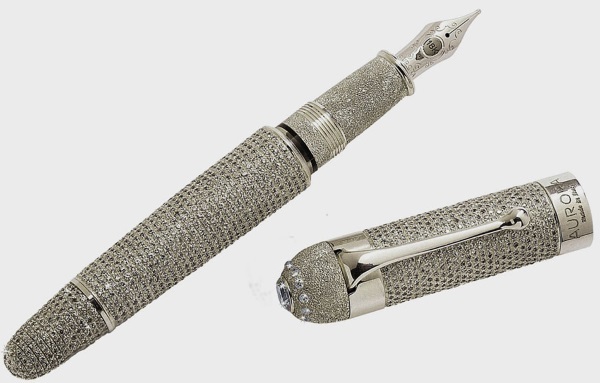 Aurora Diamante
Aurora produced first fountain-pen in 1919, and today it is considered a cult object. It was the first in a long series of successes linked not only to its classic design but also to “values which the company believes in, such as knowing how to dedicate time to the things that truly count, to thoughts, feelings, beauty and culture”.

Aurora Diamante is the world’s most expensive writing instrument and this exotic pen is very limited. It is coated with 30K diamonds and the nib is made of 18K gold. This two-tone fountain pen is priced at €1,470,600