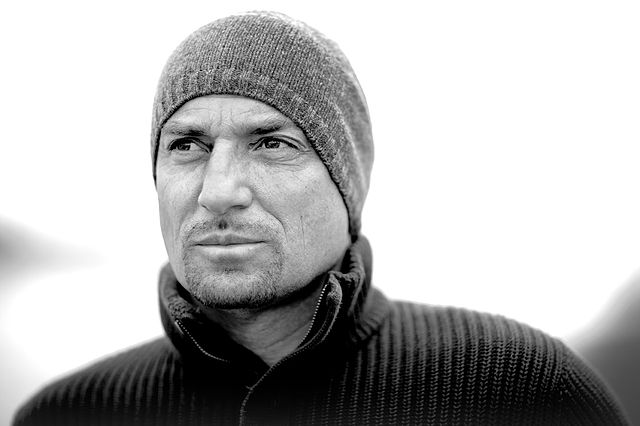 Marc Sluszny is an adventurer, sportsman, keynote speaker, mental coach and author. He gained worldwide attention by challenging the elements of nature through the practice of extreme sports.

He has broken multiple records, been part of Belgium’s national team in several disciplines and has participated many times in European and World Championships. Read more about the sportsman. »

In 1982 Marc Sluszny played tennis for the Belgian National Davis Cup Team. In 1988 he swam solo across the English Channel from Dover to Cap Blanc-Nez(10 hours 30 min). In 1994 he broke the world record bungee jumping (6720 m) from a hot air balloon. In 1995 he became Belgium sky surfing champion and finished 4th at the World Championships in Eloy, Arizona. As member of the Belgian Himalaya expedition he climbed, in 1997, the Annapurna (8031 m) without oxygen. In 2000 he broke the Belgian hang gliding record aerobatics. In 2002 he was a member of the Belgian Olympic Fencing Team and finished 8th at the World Championships and 12th at the European Championships per team. As first Belgian ever he participated in the Rolex Sydney-Hobart, yacht race. In 2005 he finished several 24-hour auto races, among others Daytona and Nürburgring. In 2006 he flew across the United States from coast to coast with an old-timer seaplane (Lake Buccaneer). In 2007, he broke the altitude record (11300 m) in a glider above the Andes. In 2008 he was team leader of the first Belgian diving expedition to the wreck of the HMHS Britannic (-120 m). In 2009 he finished 4th at the World Championships Powerboat racing. In 2011 he was the pilot and captain of the national Belgian bobsleigh team (two- and four-man) and participated in both the World and European Championships. Furthermore in 2011 the movie Sharkwise was released in the Belgian theaters, a documentary about his diving adventure outside of the cage with the great white shark. In June 2012 he ran down the Belgacom building in Brussels, setting a new world record (15’56) in the vertical run discipline. And in 2013 Marc dived to a depth of 168 meters (on open circuit) in the Blue hole in Dahab.