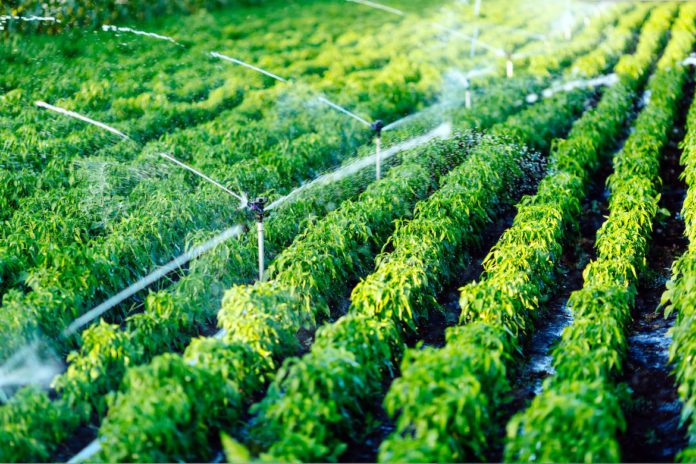 Nature: Jean o’Connor looks at the agricultural industry’s solemn duty to the planet.

When we think about environmental threats to the planet, tractors, ploughs and vegetables are rarely the first thing that comes to mind. And yet, agriculture is the single most destructive force to biodiversity. Having said that, agriculture is also the most powerful tool we have in the fight against poverty, both in terms of consumption and in terms of job creation (65% of the world’s least financially well-off earn their living in or around agriculture).

A staggering 40% of the earth has been cleared for agriculture. Irrigation is the biggest use of water on the planet, and lakes and rivers are running dry. Unsustainable farming methods continue to degrade land and generate pollution. In fact, agriculture is the greatest contributor to climate change today and generates 30% of greenhouse emissions – that’s more than all electricity, industry, planes, trains or automobiles.

At the same time, every 10 seconds a child still dies of malnutrition, more than HIV/AIDS, TB and malaria put together. And of those suffering from malnutrition who do not die, damage to their brain development is irreversible, creating knock-on effects not just for them, their families and their communities, but to entire economies as well. This is a continuing reality at a time where there is enough food on the planet for every person living on it to consume 2,700kcal per day, if only it were distributed equally.

The earth’s population stands at 7 billion, and that will very soon grow to more than 9 billion over the next few decades – that means agriculture production is going to have to at least double in the coming years. But how can agriculture grow exponentially without destroying the planet? As the economist Kenneth Boulding said: “Anyone who believes exponential growth can go on forever in a finite world, is either a madman or an economist.”

Today, conventional farming methods use 10kcal of fuel on average for every 1kcal of food produced, so the numbers just aren’t adding up. Number 12 of the UN’s 2030 Development Goals adopted in 2015 is Responsible Consumption and Production. Their 2019 interim report does not bode well for the future.

It is within the context of this overwhelming dilemma of food security versus environmental security that we need to search for answers. Reducing food waste? Eating less or no meat? Eating less or no dairy? Sustainable farming? GMOs? Government incentives? Freezing agricultural footprints? Organic Farming? Permaculture? Improved conventional farming? A change in individual spending choices? All of the above?

Project Drawdown, a non-profit group aimed at generating climate solutions, put out a list of 100 ideas to address climate change in 2017, a substantive part of which was linked to agriculture and its damaging effect on the planet. These solutions operated around five key points: closing yield gaps on ‘underperforming’ land, limiting farmland expansion in tropical areas, reducing food waste, changing diet and using agricultural inputs more strategically.