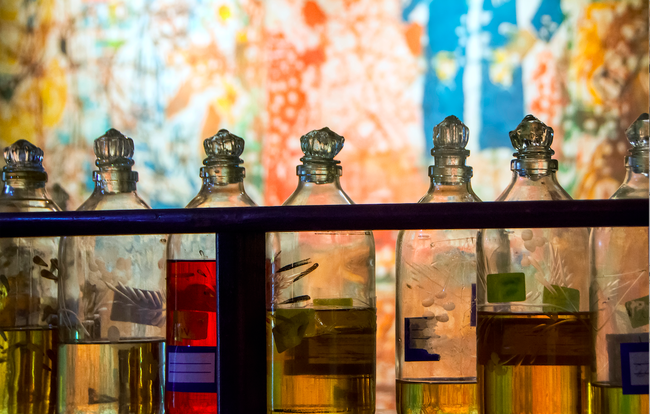 Pheromones were identified in 1959 by Nobel Prize-winning German chemist Adolf Butenandt. They are chemical signals that allow for the communication of many kinds of information and are directly detected by a human or animal’s sense of smell.
Linda Buck and Richard Axel from Colombia University received the 2004 Nobel Peace Prize for Physiology or Medicine after identifying almost 1,000 olfactory receptors in the noses of mice. Their work found that odour molecules bind to the membrane of these receptors and in turn send signals to the brain.

It has been found that pheromones are not just all about finding mates, but have astonishing powers of communication and have been identified as being at the origin of colony behaviour direction in bees, wasps and ant colonies for example.

Amongst bees, it is pheromones emitted from the Queen Bee that instruct workers not to reproduce. In fact, bee or ant workers will only begin to form ovaries if the Queen is removed. And if this is true for ants, the mind boggles as to the possibilities surrounding the power of human pheromones.

The French developmental ethologist Dr Benoist Schaal of the CNRS at the University of Dijon has conducted research into the pheromones released by a mother through secretions from her areola glands that signal to her newborn baby where to find her breast, open its mouth and start suckling.

Smell of attraction: But pheromones are probably more popularly associated with the laws of sexual attraction. Initially based on experiments with mice, Manfred Milinski and Claus Wedekind from Bern University found that how we smell is based on our major histocompatibility complex or MHC, a genome involved in the defence against illness and sexual attraction.

It was not surprising then when research on a set of Swiss university students showed that to a large extent people were most attracted to those having the most different MHC to their own, which would in turn ensure that any children produced from such a union would have the broadest defence against outside pathogens.

A 2005 study by Dr Ivanka Savic and her team at the Karolinska Institute in Stockholm, Sweden, saw gay men given anonymous samples of sweat preferred the scent of other gay men, whereas heterosexual males opted for the samples belonging to women.

A 2011 study by the cognitive neuroscientist Noam Sobel working at the Weizman Institute in Rehovot, Israel, for its part showed female tears to be a sexual turn-off for men, actually decreasing testosterone and sexual arousal levels, compared to saline solution, which had no effect.

But even with all this evidence, there has really been little in the way of conclusive research on human pheromones, with so much more yet to discover. And, so far, all attempts at successfully bottling an attraction pheromone has yet to be successful… sorry.