Like millions of people around the world, Together was shocked and sickened by the attack on Charlie Hebdo. Publishers are united in their stance against a blatant attempt to silence the press. We are fully behind the statement by Le Syndicat national de l’Edition (The National Union of Publishing)

“Le Syndicat national de l’Edition is deeply shocked by the attack on Charlie Hebdo, which has cost the lives of many people. We denounce the shameful attack on the freedom of the press, freedom of expression and publishing, the foundations of democracy. Publishers would like to pay tribute to all the victims and express their sympathy to the families of the victims. In particular, we wish to salute the memory of the cartoonists Cabu, Charb, Tignous and Wolinski, as well as author and journalist Bernard Maris, all murdered in such a cowardly manner – these free spirits tirelessly who denounced all fanaticism and deception. Barbarism, which attacks authors, their writing and their minds, will not have the last word.”

Cartoonists on every continent have been responding… by picking up their pencils. You can see some here in the pages of Le Soir.

Our cover cartoon is by Australian David Pope who tweeted: “Can’t sleep tonight, thoughts with my French cartooning colleagues, their families and loved ones #CharlieHebdo.” 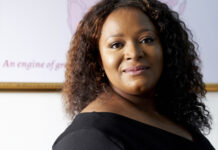