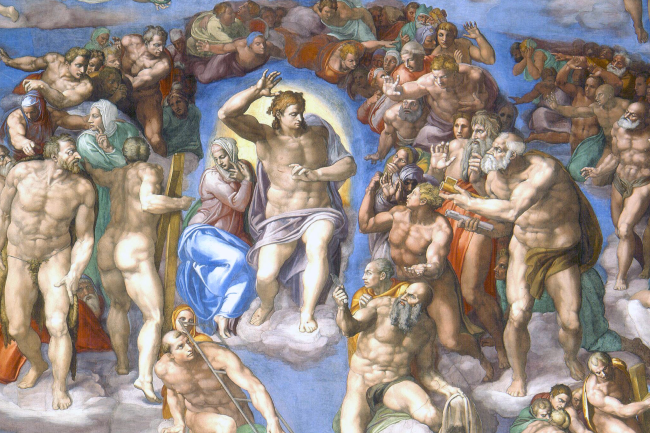 With the rise of authoritarianism in our societies, not only in our own country but on a global scale, I can’t help but reflect on the contribution of authority to our psychological sense of security. To push it further, you could almost say that the role of the church with its fear-based agenda of judgment and hell has been replaced by the role of the fear-based plan of our health system. Please, don’t misinterpret this. I am spiritual and have had my own experience of God. There is a great deal of beauty in religion for those who seek peace and align with Christ’s consciousness. At the core, you could even say that Christ’s consciousness equals the heart-consciousness, in the same way that meditative practices and prayers in various religions align us with presence and peace. Still, the flip side of certain beliefs is that there is an element of fear, the fear of judgment, the fear of wrongdoing, the fear of the flesh, and the fear of hell.

We know that religion plays a significant role in many people’s lives all around the globe. Still, I believe it is fair to say that many people in today’s societies and with modern man’s way of life have detached themselves from the old faith and from the daily presence of prayers. At its root, a religious authority helped people have absolute faith in something outside of themselves, a divine agenda too complete and too sacred to be grasped by man or woman. Religion is something we are not asked to question but to blindly adhere to; these are dogmas transcended to us by other people that we call saints and Gods. Even though beautiful, these saints and Gods usually conveyed some form of message of a punishment or a possible rejection or hell if we do not obey the rules.

The irony is that the many that preach in today’s societies often have no regard for morality, which will become increasingly clear as the veils of our illusions about the world are lifted. Still, I really wanted to reflect on why we, as humans, adhere to an authority outside of ourselves to confirm our right to life. Why is it that the fear or the love of God has created so much misery in the world? Is it the fear contained in any religion that makes people attach so profoundly to an authority outside of themselves? Is it the comfort, the ‘conformism’ that gives us security and a real sense of being allowed to live? Is it that when we conform to the rules, we feel safe? And then again, to push the reflection a little bit deeper, is it the fear outside the conformity that keeps us attached to authority?