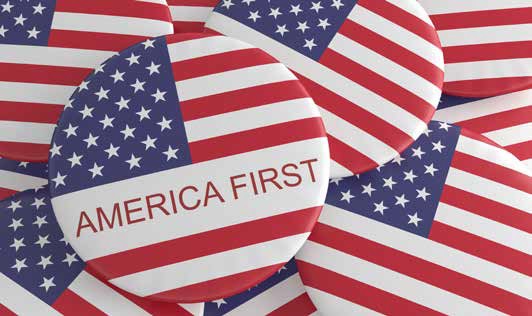 Politics: Catherine Feore says, ‘Nice country you’ve got there, would be a shame if something happened to it’.

It has been difficult to stay up to date with events in Europe – the UK is seemingly engulfed in constitutional disputes of historic proportions, the foibles of its Prime Minister, the machinations of Her Majesty’s Opposition and the secretive distribution of non-papers to the Brussels-based bureaucracy that they used to accuse of lacking transparency and
accountability; never mind the more predictable disputes in Brussels over the hearings of the new Commissioners designate. I mean, who would have thought an Orbán choice, especially his former Minister of Justice (please subdue your laughter) László Trócsányi, was going to prove controversial.

Some have sought solace by looking across the Atlantic and considering the current difficulties there. It appears that impeachment is on the menu again. Many of us were waiting with baited breath for that word ‘impeachment’ after the publication of the Mueller Report and its repeated references to the obstruction of justice, but when the Special Counsel reluctantly testified before Congress on 24 July, his testimony was met with a collective shrug of the shoulders – despite its undeniably damning content. Trump proclaimed that he had been “totally exonerated”.

Although about half of the US Congressmen and women wanted to start proceedings, the Democratic leadership was more ambivalent. The timidity of the Democrats to take the path of impeachment also made them look weak, as if they might be worried that there wasn’t a strong enough case to prove Trump had committed a ‘high misdemeanour, a felony, or treason’.

In the run up to an election in 2020, did the Democrats want to risk being seen as too focused on Trump, rather than on the day-to-day issues facing Americans? Could it possibly even backfire? Polls seemed to show that there was little enthusiasm for further action. There was also the small question of numbers. President Lyndon B. Johnson once said that the first rule of politics is to know how to count. Quite simply, the Democrats do not have the votes. They could vote for impeachment in Congress, but the trial would take place in the Senate where the Republicans hold a majority and where a two-thirds majority is required to endorse the process.