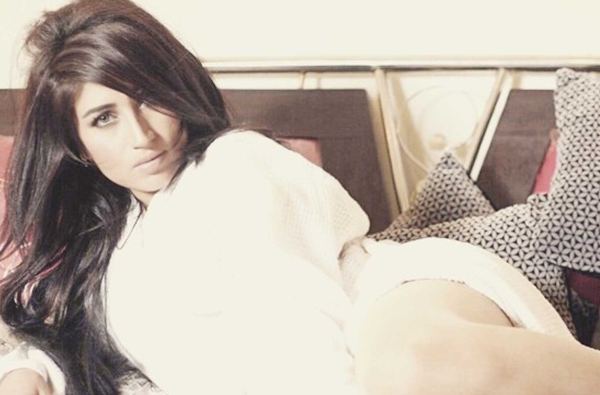 Our self improvement writer Gemma Rose believes that the life of Qandeel Baloch ought to remind us to be our authentic selves.

The Covid-19 confinement has given us all a chance to… pick up a book. (ED)

I have written previously in this column about switching off the news. Rolf Dobelli, Swiss author of the best-selling book The Art of Thinking Clearly does not follow the news. In his persuasive essay, ‘Avoid News’, he asks the question, “Out of approximately 10 000 news stories that you have read in the last 12 months, name one that – because you consumed it – allowed you to make a better decision about a serious matter affecting your life…?” He contends that the news is mostly irrelevant to our day-to-day decision making.

I am a huge consumer of news. I had recently been given a brand new and plush smartphone. Compared to my old phone, I could go on the internet pretty much everywhere. It was fantastic, but it also meant I spent too much time on news sites. So, as I was waiting for my flight after a lovely weekend in Rome, I learnt that a 26-year-old Pakistani social media star had been murdered, with her brother as the prime suspect. The victim’s name rang a bell. Only a week earlier, I had watched a short interview with Pakistan’s answer to Kim Kardashian, Qandeel Baloch, on the BBC website.

Qandeel came from a poor family, in a small town in a conservative district of Punjab. She was one of 12 siblings. Against her wishes, she was married off around the age of 17. By 19 years of age, she left her husband with her baby son in tow. She eventually gave her son back to his father and went on to finish her education and work at many jobs. In 2013, she started her showbiz career and joined Twitter. She managed to become self-sufficient and supported her family: buying her parent’s house and paying for her sister’s dowry.

She cut a controversial figure: regularly posting raunchy and sultry selfies; blood red lipstick against pale skin; her generous bosom and bottom on display in tightfitting leather or laced outfits. She had tens of thousands of followers on Twitter and Facebook; bands paid homage to her in their songs. Shortly before her death, she starred in a video called ‘Ban’, with her twerking in it. The video went viral.

So-called ‘honour’ killings are still common in Pakistan. There were nearly 1,000 of these murders in 2015, and, according to the Human Rights Commission of Pakistan, there has been a 39% increase between 2010 and 2015.  There is no honour in murder. Pakistan appears to be acting: first, Qandeel’s murder has been designated as a crime against the state, which prevents her family from legally forgiving her brother and thus him walking away free, which is currently a loophole in the law. Secondly, it is hoped the closing of this loophole will be passed in Parliament.

As the Editor-in-chief of The Guardian, Katharine Viner, wrote recently: “We careen from outrage to outrage, but forget each one very quickly: it’s doomsday every afternoon.” It’s true, it’s easy to get lost in the sheer onslaught of bad news, but to respond to both Viner and Rolf Dobelli above, I cannot forget Qandeel’s death, nor her life.  Not only am I outraged about the thousands of other Qandeels in Pakistan or elsewhere in the world who are killed because they dare to say no, or simply, be themselves. I am outraged at the pure hypocrisy of her death. According to the BBC, the cleric who happily posed for selfies with Qandeel – and was consequently suspended – has said that her murder should “serve as a lesson to others who want to mock religious figures”. Her brother accused her of dishonour, but she was the one financially supporting her family. Qandeel was accused daily of being a slut and disrespecting women, yet last year Pakistan topped the list of most porn-searching countries.

Like her or loathe her, Qandeel was a tiny light shining through the oppressive fog of patriarchy. She always brought good humour to her online persona, despite the danger she encountered. She was determined from the outset to make something of her life. When talking about her marriage she said: “I was not made for this. It was my wish since I was a child to become something, to be able to stand on my own two feet, to do something for myself.”

Qandeel died because she lived life on her terms. In our free society, we must not take such a privilege for granted but do justice to Qandeel – and the many like her – by being true to ourselves.

Find the The Art of Thinking Clearly on Amazon…