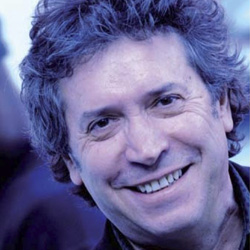 Mr. Dragone, you were artistic director of Cirque du Soleil from 1985 to 1998 and have created so many amazinG shows. Where do you get your inspiration?
It all started when I was a young boy who just wanted to have fun but I did everything in such a way that I learned something and I quickly found out knowledge equals pleasure. I still like to play like a child because it’s only through the eyes of a child that you get to see the world in another way – then I like to transform it and find the beauty in it.

I have always found it amazing to mix the live performance of a huge number of actors with the incredible possibilities technology can offer now, especially in terms of light and sound.

In what ways do Belgium and Italy inspire you?
Belgium gave me the possibility to add nuances to my colours – I like the sadness of Belgium, you know, the way Jacques Brel talks about the sky in Belgium in his books, for example. Another interesting element for me is a kind of modesty and humility you can find in Belgium. I love this time of the year here when the sky is very low and you feel the fog and you imagine all manner of things, stories come out of the darkness, from the forests, and all those shadows fire the imagination.

I was born in Italy then I moved to Belgium when I was only seven years old so Italy was quickly no more than a vague memory for me. I didn’t really know anything about Italy and I got to know this beautiful country (Belgium) thanks to my parents.

I learned to speak Italian by reading magazines, and I learned Italian songs from my mother and father but I didn’t have the burden of its history on me – this allowed me to revisit the history of Italy in my own way. Sometimes Italians are scarred by this massive history and heavy cultural past. In the end, Italy is inside me, in my heart and in my music.

What was the turning point of your long career?
It was when I was ten years old and my father gave me an accordion as a present, or maybe when I decided to leave the traditional work I was doing and try a new adventure – that’s when I left Belgium for Montreal. Then I came back and went to China. All these travel moments are turning points but if somebody asks me what is your favourite show? I always answer, “It’s the next one.”

During your career you had the opportunity to work with Celine Dion. What was that like?
With Celine, I didn’t really expect to meet an artist at such a high level – she helped me a lot because she came to my office in La Louviére and it made it easier for me to do something that would normally have taken years. So bringing her to Belgium made my job easier. I will always be grateful to her, our collaboration was fantastic. We launched a new kind of show entitled A New Day, which was presented at the Caesar’s Palace, and it’s now very popular in Las Vegas.

Can you tell me something about your future projects?
At the moment we are doing both small and big shows. For the big shows I always need large venues because I need a lot of space. To give you some idea, for my show in Macao entitled The House of Dancing Water I was working with 70 artists from all over the world, and the central stage had a diameter of almost 25 metres.

Our future plans include five shows in five theatres in China over the next five years, then one show in Indonesia, one theatre show in Dubai but the most urgent one, and I’m now working hard on it, will take place in Abu Dhabi in February.

I have also launched a casting call in Belgium for people who want to be in my shows and we have created an internet site. I would like to work with non-actors and normal people from the street. I come from the theatre with non-professional actors – I’m going back to my roots.