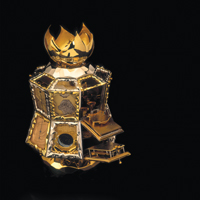 Outside the impressive front door of the Christie Auction House in Paris, on the way to an event showcasing eight young watchmakers from the company Girard-Perregaux, I had a hard time picturing why someone young would want to be a watchmaker. I could only picture a watchmaker as an old man bent over a workbench, eye loupe attached to the socket, working patiently on the tiny inner mechanics of a watch. Maybe it was something I had seen in a story book when I was little. Perhaps. But i hadn’t given much thought to it until now. Just how interesting could it be? A watch is just something you use to tell the time, right?

Once inside, the first person I met didn’t do much to change my perceptions. He looked to be around the right age of the watchmaker image in my head and I could definitely picture him working on intricate watch parts. The one thing that did intrigue me was that he was wearing a watch on each arm – I thought, ‘This could be interesting after all.’

French-born, Mr. Loiseau was studying literature and Philosophy at a Parisian University in 1968. In May of that year, a student revolution began with protests spreading out across France. Being in the centre of this made continuing his education of such intellectual topics unthinkable. The revolution changed society as well as Mr. Loiseau’s future path. During the same time, he had made some deliveries to a local craftsman whose work he found quite inspiring. Feeling that he couldn’t go back to studying in the same fashion as before, Mr. Loiseau forged a new path towards finding his own craft.

Enrolling at the renowned l’Ecole d’horlogerie d’Anet at Dreux in France, he began the task of learning all he could about watches. The focus was on restoration and he soon discovered that he wanted to do more than just restore other people’s watches. He wanted to design his own. In order to do that he needed to study contemporary watch making and the only place to be able to do that was at a school in la Chaux-de Fonds in Switzerland, the heart of swiss watch making. When he first arrived, one of the other students asked him what he was doing there as he felt mechanical watch making was a thing of the past. In the 1970s, the Japanese had invented Quartz. This technology was spreading throughout the world as a fast and industrial way to speed up watch production and bring down prices. Mr. Loiseau was undeterred. He carried on learning the mechanical techniques needed to make and restore handmade watches. His persistence paid off. An international watch museum in La Chaux-de-Fonds hired him as a teacher to pass on the mechanical and manual skills he had been studying. There had been a short supply of people wanting to learn these skills as Quartz technology had scared most away.

At the age of 27, Mr. Loiseau left the museum and opened his own shop. He continued to restore watches and, as one of only five people in the world able to restore such complicated mechanical watches, trade was brisk. Working on other people’s watches, again, fuelled his desire to create something of his own. In 1981, Mr. Loiseau created his first watch, called Resistance. It was not well received by the press who thought that it would probably be the last mechanical watch which ever needed to be produced. Almost as if to prove the press wrong, the watch was sold for the princely sum of 450,000 swiss Francs.

The next project was called Rose de temps. inspired by the film Citizen Kane in which the opening scene includes the voice-over whispering, ‘rosebud’. In the shape of a rose and with references to literature, culture and sculpture, it toured the world billed as a masterpiece. This watch was sold in 1985 by watchmakers Omega to the Sultan of Brunei for a staggering 4,250,000 million Swiss francs.

Fast forward to the end of 2011, when the Swiss Watch company Girard Perregaux asked Mr. Loiseau to collaborate on some future projects and also to become a teacher and mentor to their young watchmakers. i can see why they asked him—besides being an obvious master of his craft, his enthusiasm in watches is contagious. I was finding Mr. Loiseau very interesting but I was still skeptical about these young watchmakers. I now understood that each generation could bring something new to traditional watch making just as Mr. Loiseau has done and continues to do. But could the world of watches be satisfying enough to young people in this advanced technical age?

As part of my continuing initiation into the ‘watch world’, I was shown some vintage pieces, dating as far back as the 1880s. I was also asked to put on a lab coat and assemble the workings of a mechanical watch. It was quite difficult at first but once I put the last screw in and saw the watch come to life, that was it for me – I was converted. There were no batteries, only a combination of tiny mechanical parts making this watch tick. I knew then that the answer to my question was Yes. To make something with your hands and to have it come to life before your very eyes is enough and I will be forever envious of these young watchmakers, bent over a workbench, eye loupe attached to the socket, working patiently on the tiny inner mechanics of the next watch. 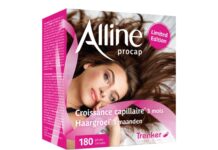