Let’s face it – love and lust make the world go round. Twenty years ago, I was on a date in a bar in San Francisco. It was a typical weekend night, with nondescript music and the din of chatter, the soundtrack for a crowd of twenty-something hipsters scattered underneath soft lighting in the hue of red.

In the corner, a couple, older than most there, caught my eye. The woman was in a black sheath dress and heels; elegant; her golden haircut in a modern bob that whispered at her collarbone. The man she was with was also smartly dressed, in a jacket and button-down shirt. They were obviously not on a first date; they seemed too comfortable for that, swivelling easily between conversing with one another and those around them. Despite the fact there were dozens of other people in this bar, these two transfixed me.

Then, the man did something I still remember to this day. While his date was talking to someone else, he moved in behind her, gently slid her hair out of the way with two fingers, leaned in, and kissed her on the top of her shoulder. He lingered there for just a second more, eyes closed, as if taking in the smell of his lips on her skin. It was over in five seconds but, two decades later, I am still thinking about it. There was something extremely provocative about the scene. My secret (not any more) voyeuristic tendencies aside, I was totally aroused. This seemingly simple act awakened an emotional response in me that I couldn’t understand until I was much older, but at that moment, I knew I wanted to be THAT woman being kissed by THAT man. That was the start of understanding my own desires. My date, more the knuckle-dragging, mouth-breather type, was not that guy. He left in a cab.

When I did a casual search on the internet for ‘seduction’, I was bombarded with 95 million options, the majority of which were techniques on how to seduce a woman. Ridiculous headlines I came upon: Looking to get a woman naked? (Yeah, that’ll work), Fast Seduction 101 (fast and basic – that sounds fun), and my personal favourite, Seduction Labs For Men (nothing says ‘I want you’ more than being likened to a biology experiment). And the pages went on and on and on along these lines, offering pointers on anything from what kind of flowers to bring to pick up lines that work! It’s safe to say, there is a lot of bum information out there, but more frightening is the prospect that a lot of people actually arm themselves with this gibberish – and use it! I mean, come on – are there really women who fall for ‘mood’ lighting and a romantic comedy soundtrack, or who swoon at the line: “You must be the reason for global warming because you’re hot”? There probably are, and good for them – whatever works! And it must be working, otherwise how can you explain the thousands of cybertomes out there dedicated to teaching seduction techniques that seem better suited for a spoof of The Bachelor? For me, seduction is more of a subtle art.

Gentlemen, ladies, I am going to make a sweeping generalization – seduction is not about the sex, it’s about the sensuous. A touch; a scent; a lingering, unexpected kiss on a bare shoulder; a taste. Igniting the five senses is key to seduction. Make the other person feel as if he/she is the only person in the room at that particular moment, and you have yourself a potent intoxicant. More often, it’s not the formulaic words and clichéd settings that seduce, but rather the simple and sensual gestures bestowed when you think no one is watching, or maybe when you know everyone is, that deliver the ultimate aphrodisiac. Just ask the woman in the sheath dress who was kissed on the shoulder. She felt it too. I saw it. She looked back at him with a sly affirmative smile, took him by the hand and led him from the bar, no doubt to a night they’d never forget. 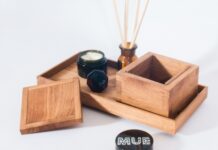 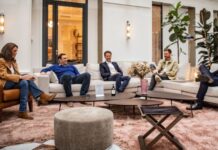