Money management is always a balancing act — and our modern market, still struggling to recover from the financial crisis of 2008, can be an especially tricky one to navigate.

With stock markets globally at record high levels for many years, the prudent investor starts to wonder how long this bonanza can go on.

In the US the Dow Jones index stands at all-time highs, in Japan the Nikkei index reaches levels not seen for more than a decade and in Europe the Eurostoxx 50 index flirts with the highest levels since the financial crisis of 2007/2008.

Should you cash at least a bit of the capital gains in your investment portfolio and stay on the sideline for a while, waiting for lower prices, to step in again?

The alternatives of savings accounts or bonds do not look attractive as an alternative to investing in shares of companies. Today, you get near zero interest on savings and not much more on investments in bonds, unless you take a lot of risk or go into minor currencies of selected countries. On top of that there is the threat of a rate hike in the US which could lead to capital losses on bonds.

Real estate then? In principle, yes, given the low interest rates on mortgages, which help buyers to cheaply finance property purchases. If you invest in property directly you need tenants. As unemployment, at least in Europe, stays stubbornly high, tenants will not always be able to pay their rent or have troubles to pay it regularly on time.

The US may be the exception, but even there the growth engine is not as strong as was anticipated a few months ago. China has an issue to keep on growing at 7%, a very nice figure as such, but not what we are used to, and it also has problems creating sufficent employment for the population. Its exercise to change from ‘export-led-growth’ to ‘domestic consumption-led-growth’ is a good one though, but it will take at least five years to accomplish. India, under its new government, looks promising, but its economy is still too small to make a real difference globally.

Until recently company profit figures were also supportive of stock prices. Sadly, there is a degree of hesitation as to whether this growth in company profitability is sustainable.

In the current climate, investors should accept that, since savings and bonds have such low yields, maybe they should be ready for lower yields on their stock or real estate investments, too. Wanting double digit yearly income from stocks or real estate is out of line with yields of one or a few percentages on savings or bonds. Before, when savings accounts yielded 5% and long term bonds 8% or more, expecting a yearly return of plus 10% on more risky assets was warranted, but probably not at today’s low interest rates.

Positive areas for investments remain the innovation companies in all economic sectors, but especially the Uber and Airbnb type of companies that disrupt existing mature business sectors. Biotech, new materials, new production processes such as 3D printing all look promising. On top of that countries where the population can invest in a house, a car, a Smartphone, a TV or tablet are to be favoured since the local producers, real estate developers and distributers may grow fast.

Also, the online sales platforms should perform well there: remember the strong performance of the ‘Alibaba’ stock in China.

In Europe, general support for the financial markets can still be expected from the European Central Bank’s recent Quantitive Easing (QE) program. This program should keep interest rates in the euro zone low or even lower them further. However, the purpose of QE schemes has not been to inflate the financial markets, rather the real economy: increase the sale of houses, cars, travel packages, TVs, mobile phones, etc. With the ultimate aim of bringing inflation back to around 2% per year as compared to the current nil or negative rates.

Indeed, deflation is very bad especially for countries that are highly indebted. If an economy does not grow, it is almost impossible to make the income of the state grow, leading to issues in repaying debt. Luckily, servicing the debt, paying the interest on the debt, is easier since interest rates come down, but even that is only true for new debt, not for the existing debt.

All in all, prudence is a good stance towards investments today. Diversify, maybe take a few capital gains, check out promising new technology companies or growing countries. Even more than ever, do not borrow to invest in the financial markets. Borrow to start or grow your own business. Last but not least, spend some of your money. After all hoarding it does not bring happiness, nor does being greedy for the highest possible return. Investing today is a tightrope balancing act between not taking too much risk on the one side and still having a decent return on the other side. It may also be a lesson for the people who want to retire from active life early or even for regular retirees. With low interest rates or financial returns, it takes a bigger capital to be able to be able to pay for a decent standard of living without working. 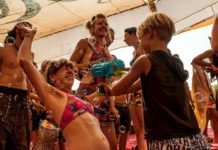 Cyber nomads: Is this the sexiest job in the world? 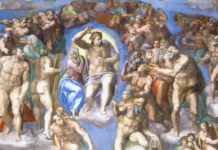 Personal coaching: Do we love fear too much?