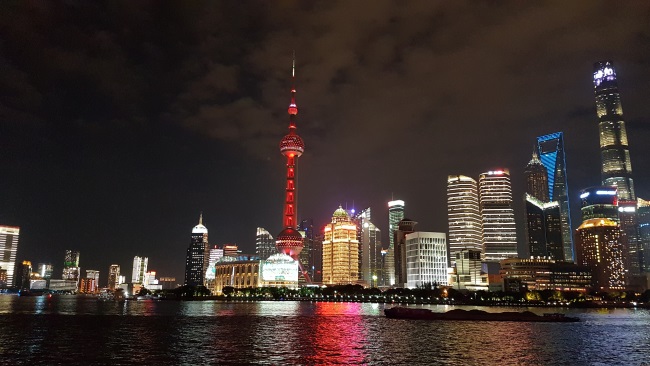 In his latest travel Shanghai article Dave Deruytter wonders if it is powering ahead to international stardom.

The waterfront view from the Bund at the Puxi side of the city towards the other shore of the Huangpu river, Pudong, is legendary by now. 40 years ago, one saw nothing but rice paddy-fields there. Today, the visitor observes probably the highest concentration of skyscrapers in the world, including some of the top ten tallest buildings on the planet. You can go up in some of those skyscrapers on the Pudong side to have a breathtaking bird’s eye view over the city, or cruise on the river and watch both sides, old and new. You can also stroll on the broad Bund river quays that run for miles on either side of the river. The best view is from the Puxi side, from the old Bund to the new Pudong area.

It all started with the late paramount leader Deng Xiaoping visiting Shenzhen on his Southern Tour of China in 1978, when he proclaimed to the Chinese people: “To become rich is glorious.” Whilst Guangdong province in the South, including Shenzhen, was the first to power ahead economically ever since, Shanghai immediately followed suit and in an even more complete way. Indeed, Shanghai is the true business, finance and service centre of China today – Beijing is the political capital and Guangdong province is the gigantic high-tech development and production house of China.

I was back in Shanghai last September after a lapse of two decades. Of course, I could find the obvious landmarks from before: the Bund, the Pearl Tower and Yu Garden. Even the People’s Square and the partly pedestrian East Nanjing road were still in line with my old memories. Everything else though has been transforming rapidly into the super dynamic, international and modern city Shanghai is today.

The first thing that struck me, even before coming to Shanghai, is that visitors from many countries no longer need a visa to visit Shanghai, if they stay fewer than six days and limit their stay in China to Shanghai only. At the airport there was some misunderstanding on this though, leading to the need for management intervention, but it was quickly and properly solved. The scheme is rather new to them too and certainly to the airlines flying to Shanghai: my carrier did not provide us with the correct forms for landing and immigration.

Although there are great hotels in Shanghai on either side of the Huangpu river and elsewhere, I kind of like the ones on or near the pedestrian East Nanjing road because they are so well located. Most of them are walking distance from the Bund, Yu garden and the Shanghai museum on the People’s Square. Plus, there are abundant shops and restaurants around, although finding a restaurant or a shopping centre is rarely an issue anywhere in Shanghai. Around 25 million people live there and wining and dining plus shopping is an important part of daily life on top of doing business.