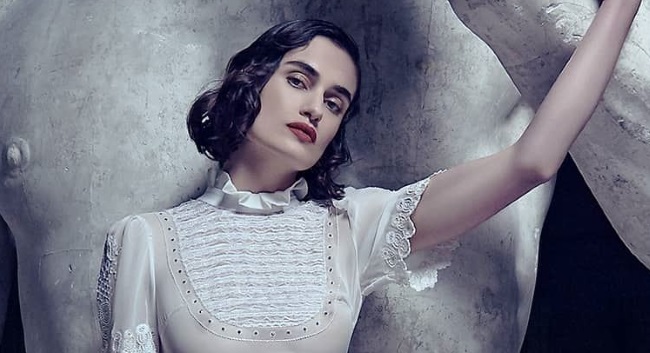 Catherine Feore went to chat to the people behind the show.

The Accessible Art Fair – but not as we know it at Maasmechelen Village.

The Accessible Art Fair (ACAF) is a well-established part of the Brussels calendar. Thirteen years on from the first fair in 2006 we met up with Stephanie Manasseh (SM) its founder and creative driver, and Valery Gijsemberg (VG) of Maasmechelen Village to find out about the latest joint project  ‘ACAF  Pop-Up’.

For those not already familiar with ACAF, it is an annual event in Brussels and New York that celebrates the best of new and upcoming contemporary art. ACAF’s mission is to bring undiscovered art and the artists behind the work it into the public eye. It is unique in allowing visitors to see the art and meet the artist. It takes place in Bozar between 10 – 13 October – we advise you to put it in your diaries now.

However, if you can’t wait that long in spring, Manasseh and Maasmechelen have joined forces to exhibit 13 Belgium-based artists, who will also be showing at the main international art fair. The designer village hosts more than 100 top designers. What could be more natural than the mixing of high fashion with high art.

How did ACAF Pop-Up come about?
VG – It started off with a cup of coffee with Stephanie in the Hotel Amigo. I had been to the Accessible Art Fair several times, I loved what Stephanie did and the philosophy behind it. I thought we had a shared philosophy. ACAF makes art accessible and offers a platform to under-represented artists, at Maasmechelen we make fashion accessible, democratising something that for some people is daunting. So that was the start of our conversation, and it really wasn’t very long before we thought of a pop-up event.

We thought of a scaled down version of ACAF, but with a ‘best of Belgium’ approach, celebrating Belgian artists or artists that have chosen to make Belgium their home. Stephanie helped us to find Belgian painters, photographers, sculptors, installation and performance artists.

The pop-up will last for four weeks and we are also incorporating art talks, so Maasmechelen also becomes a cultural hub.

SM – I have been reaching audiences for 13 years now, people trust our choice of ACAF artists. There’s a real synergy between artists and fashion. The exhibit will not be in an isolated space.

VG –  The village welcomes over 20,000 visitors, some will be coming for the Pop-Up event, but others will just find out about it when visiting, it won’t be in an isolated space alone, we will be placing art in the windows of some of the boutiques it will feature throughout the village.

How did you choose the artists?
SM – After doing this for so long, the artists now come to us. We have a call to exhibit for the October fair, we get about 300 responses. I know what people want to see, but I also like to surprise. ACAF has a jury will leading figures from the art world involved in the selection.

VG – We want an eclectic and well-balanced selection. It’s also worth saying that 100% of our proceeds from sales will go to the artists, which is different from galleries.

SM – We have invited Pandemonia for one of the talks, she’s from the UK and is a performance artist who designs all of her outfits. It’s a marriage between art and fashion.

VG – It’s a parody on social media culture. Many of the artists on display have been influenced by or worked in fashion.  We are going to layer in talks and activities, we want it to be fun and entertaining. The village also has great dining experiences.

The Pop-Up continues to 7 April . Maasmechelen is just one hour from Antwerp, Brussels, Düsseldorf and Cologne and around 30 minutes from Maastricht and Liège.

Don’t have a car? Don’t worry, there is also a luxury coach service runs from the centre of Brussels to Maasmechelen Village every Saturday, Sunday and on Bank Holidays.

Find our more about on the Maasmechelen site.