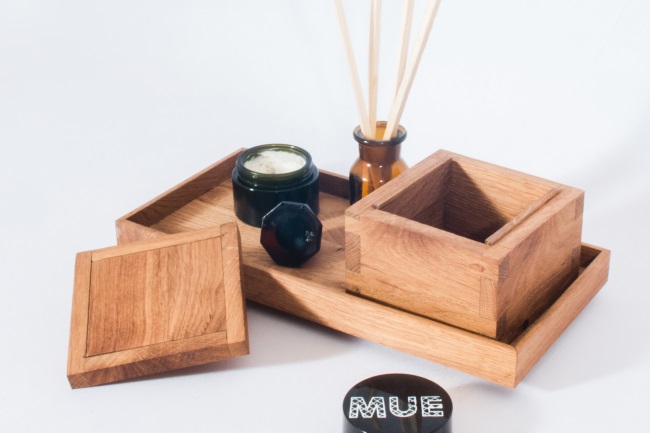 In our latest Belgium design article Thomas Saulgrain explains his leap from acrobat to furniture maker.

My name is Thomas Saulgrain, 30 years old, originally from the Loire Valley in France, living in Brussels since 2014 and happily married since 2017. I am the founder of the Brussels-based furniture making atelier called Investigations Géométriques.

Ten years ago I started my first company directing, producing and performing on stage. As a young professional acrobat just out of the Montreal National Circus School I was still lightheaded from a short appearance in the opening ceremonies of the 2010 winter Olympics. My heart lied in ‘weirder things’, so I struggled for a couple of years to balance my expectations for the entertainment industry and – coming from a lower middle-class family – a student loan I had contracted to study abroad.

In this first attempt at creating a brand, the aspect that struck me the most in the live arts was that virtually no one owned their means of production. How many creators can use a rehearsal studio as they please? I decided to put some energy into that particular problem in my second attempt at generating a sustainable way of living for myself. I co-founded a non-profit that would give access to workspaces for more than 180 artists within the three years I was enrolled in the mission. A group of six volunteers managed 450 square meters of research and production spaces across three sites within the Brussels Region, of which only a small gallery in Saint Gilles survived the COVID crisis. The project has been a success in supporting local performers, giving them access to cheap studio spaces, but I did not manage to make it sustainable for myself.

Today, my aim with Investigations Géométriques is to help keep small scale industry alive in the region by offering wooden furniture and accessories that are produced locally, following the principles of the circular economy. ‘Reduce-reuse-recycle is the most known of these principles, but you can also think about ‘Repair, Rethink’ if you design for less waste, or even ‘Refuse ‘f you tend towards more sobriety in the way you design or consume. I am mostly self-taught, but I was also lucky to meet artisans who gave me highly valuable insights. I’m thinking about the atelier Design With Sense, where I spent my internship gulping down everything I could about the ins and outs of the Reuse industry.