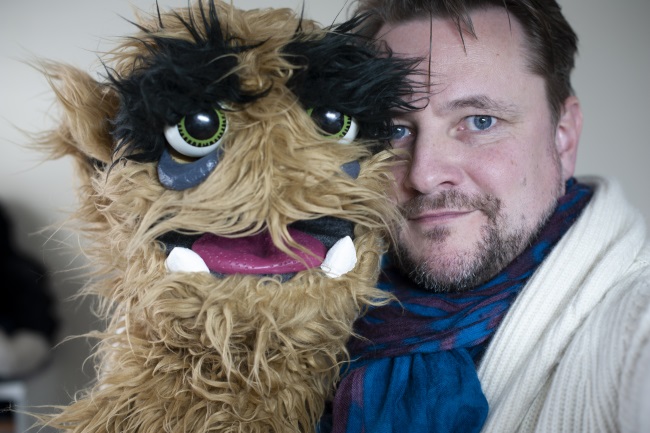 In our latest Brussels blogging article Catherine Feore chats to the man behind a mysterious blog.

Lurking in the depths of the European Commission’s Berlaymont building lives a monster, known as the Berlaymonster. During the day, he discreetly observes the activities in the EU’s corridors and fora of power, as well as the press room. Helpfully, he is on Twitter. Like Big Foot, he has remained an enigma, that is until now.

For someone whose job is following the daily comings and goings in Brussels and beyond, Twitter is more or less obligatory. Over the past four years, Brexit and Trump have kept me glued to my smartphone. In an effort to keep my sanity, I follow a few people who brighten my timeline, among them Sarah Cooper, Janey Godley, Larry the Cat and, when it comes to Brussels, the Berlaymonster.

He is a flâneur, who has poked fun at the EU’s absurdities, delusions and pretensions with a wry smile, gently ribbing the great and the good, and the not quite so great or good as they think they are. I have quietly wondered who the Berlaymonster is and have glanced suspiciously at fellow journalists wondering ‘Is it you?’, not daring to ask.

On 11 January, all was revealed. I opened Twitter and learned that the Berlaymonster was ready to reveal his true identity in an ANTICLIMAX REVEAL… Duncan Lumsden.

Why have you decided to reveal yourself as the Berlaymonster?
The long and the short of it is, I could. I had a serious day job with MLex which I cofounded with Rob McLeod in 2005, and which I left a year ago. I’d been there from the launch all the way through to its sale, through to more global expansion, I’d lived all stages of the business, so I just thought that it was a good moment to take a break. I moved to London, then Covid came up. With nothing on the immediate horizon I decided to pick up my hobby again. Removing the balaclava was the only way to make it worth my while.

You have been listed as one of the top five digital influencers in the EU bubble, are you surprised that for two consecutive years you have had such a high ranking?
I’m perplexed because I can’t think in the 15 or so years I’ve been doing it, of anything I’ve ever actually influenced. That’s not the point. It’s nice to be acknowledged as somebody who features on the social media scene. If the way that you couch that is as an influencer, then I’ll take it, I’ll wear the badge. I know there are certainly people on that list who have influenced, such as the winner this year, Andrew Stroehlein (Human Rights Watch). I’d like to think that I’ve made the odd press officer think twice before sending out a press release using too much jargon.

As a straight-talking journalist, ‘influencer’ is one of those terms that makes my teeth hurt a little, but I know what they’re getting at, they’re acknowledging people who are active on the social media scene. You have been poking fun at the Brussels hierarchy for some time. Has anybody ever taken offence? The Berlaymonster is a sort of court jester who mocks the king but doesn’t want to see the royal court disbanded, or to leave the royal court. It’s more about breaking the pomposity and having a laugh.

The Berlaymonster has created a whole ecosystem of EU actors: Commissioner for Inland Waterways and Catering (@ KunardoczEU), recently promoted to Seventh Vice-President and Commissioner for Employment Best Practices Benchmarking and the Vocational e-learning Dialogue, he has a spokesperson, an account for the #SaveOurSwans lobby, and another for the hotel lobby to mock the “extremely predictable and boring social media engagement with the citizen”.

The blog – www.berlaymonster.com – is also populated by some other characters you might know, Martini Seltzermayr (@ mseltzermayr) Secretary-Generalissimo and American EU Dude (@AmericanEUDude) an American in Brussels, ‘dudes-plaining the EU to all y’all’. Two other Brussels observers – who remain masked.

You’re very good at lampooning them, but, if you were advising the commissioners, how would you suggest that they improve their communications?
I would say, speak as if you’re speaking to people, because you know what? You are speaking to people. There’s no amount of training that can teach that, I don’t think once a politician has reached the age and the status where they become a commissioner they can be trained out of that.

So, what is next for Duncan Lumsden?
Coronavirus makes it very difficult to know until the world is able to network again. I’ve moved to London, but also fully plan to be in Brussels quite frequently. I still have a place in Brussels, and if there is a panel spot, I’m going to get on the train right away. You’re obviously English, can I ask what you think of Brexit? Well, my mum’s Finnish and my dad is of Irish stock, but he wasn’t born in Ireland. I grew up in the south-east of England. My wife is Dutch-German-Iranian. I am Belgian as well. I’ve lived in Belgium half my life. I speak all the languages. So, I am a European that way. If there are any personal reflections to be made on Brexit, let me be the first to say, I think it wasn’t a good idea.
www.berlaymonster.com