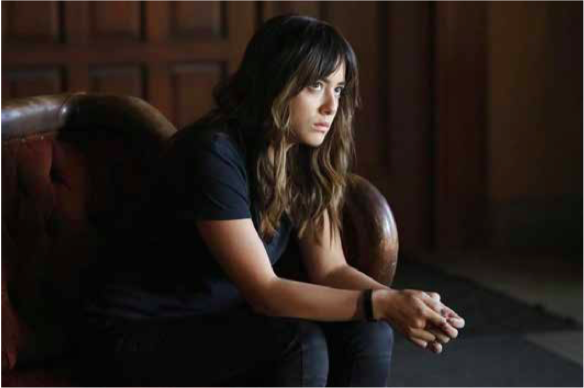 If you could take one of Phil Coulson and Melinda May from Agents with you into the Abominable movie, who would it be? I can’t believe you are making me choose between those two, as they are almost like my family! They are going to both want to kill me if I said one or the other. Well, maybe because May is Chinese, she has maybe been there already, so I would take Coulson. But no, I would take both of them.

Equality for women is something which, as an issue, has been raised a lot over the past couple of years. How are things for you? I think that the biggest thing for equality, whether it is for women or Asian women or Asian-American women, is really just representation on screen. I think that the power of storytelling is amazing, and it means everything to me, it’s why I got into acting. I remember growing up and thinking that I wasn’t pretty enough, because I didn’t look white enough. Or that I wasn’t good enough because I wasn’t Chinese enough, or I wasn’t white enough.

But it has kind of taking me playing the role of Daisy and characters like Yi, to feel comfortable in myself. It has given me the feeling that everyone should have about themselves, that I am great and special because I am so different and because I am who I am. It is just as important for boys to see powerful women as it is for girls, and seeing characters on screen who inspire you as a young kid, that’s really important.

You’ve also talked about how Asians are represented in Hollywood and Abominable is a great advertisement for that… Thank you. Yeah, it really is, but also, it is a film written, starring and directed by women of so many different types and that is all really great, but also as important, it is a really great movie.