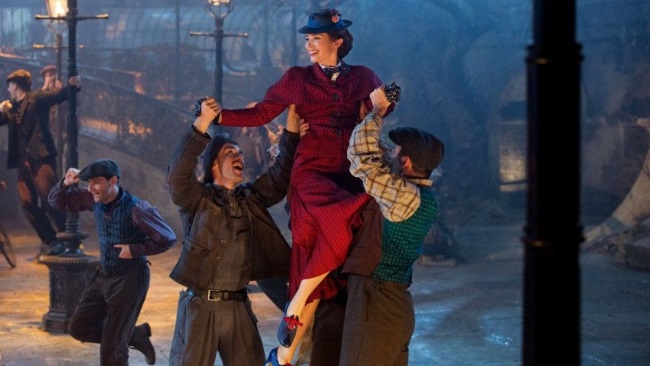 In this month’s celebrity interview we are delighted to welcome an actress who now takes everything with a spoonful of sugar.

Following on from the huge commercial and critical success of A Quiet Place, opposite actor-director husband John Krasinski, Blunt returns with the incredible honour of reinventing Mary Poppins for a 2018 audience. And in this interview, she explains how circumstances have come together, and says, undoubtedly, this is the right role at the right time. Blunt has two daughters with Krasinski – Hazel, four, and two-year-old Violet.

Here is our exclusive celebrity interview with a star who keeps rising – with the help of an umbrella, of course…

Together: This movie has been a while in coming…
Emily Blunt: You shouldn’t rush a good thing. We all know the industry likes to keep the momentum going when it feels it’s onto a good thing, and I think in that respect it’s amazing that Mary Poppins has been left alone for so long.

But it’s the right film to do…
Oh it has certainly been long due a comeback. And I feel we’re in a much more respectful era now where we can celebrate and build on a character or a concept without simply trying to remake it with new technology. I feel audiences really want a bit more out of movies nowadays, and that’s why I’m so excited to be doing this now.

People have asked me if this is a role of a lifetime – if I say ‘yes’ to that it makes it sound a bit final… like I should be releasing my autobiography or something. But to say it is special, certainly; and that it feels different from any other – yes.

Is this a career-defining role?
I don’t think you ever know that until the cinemagoing public make their verdict. What I will say is when I think about where I’ve come from – a stuttering 12-year-old, a nervy teenager, a young woman with total uncertainty over what to do in life… when I consider how much I’ve achieved having at one point feared making any decisions, I can only be confident for the future.

Does it fit like a good time to do this, given the ages your children are now at?
You want to protect your children as much as possible, and at times being an actor seems a strange way of doing that, as, clearly, they want to see you playing ‘let’s pretend’ with different characters. But very often the sorts of roles you’re taking are a world away from what you would want to put in front of them. But every film is different, and where Mary Poppins is concerned, I’m very happy for them to watch it. That’s exactly the kind of film right now that I’m so proud my children will be able to see and understand very soon.