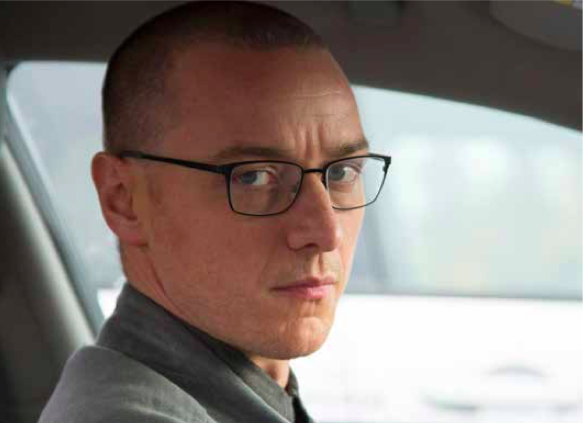 Like some sort of immersive drama? Yes, it was. I mean, I know that sounds strange, because we would be shooting and pausing, shooting and pausing, but it was very easy to stay in the moment, and I think when you’re creating drama that is essential… you need to maintain that link to your art, no matter what it is you do. As soon as you break off from the focus of what you are doing – to have lunch, answer the door, make a cup of tea, whatever it is – you lose the attachment to it, whether voluntarily or not. We are all very much full of respect for him, right now.

We don’t actually see you in many romantic comedies, which you’re really designed for in so many ways. Do you intentionally avoid them? I don’t have a problem with romcoms, I actually like watching a good rom-com, if I’m honest. Starter for Ten, that was kind of a rom-com, and Becoming Jane that was maybe a period-style rom-com. I guess I suppose when things have been going well, and it’s been going my own way, I feel like I try and mix it up as much as possible. If variety is on offer, it’s nice to be able to take it.

When I talk about being believable in roles, one I don’t think I would be is as a leading man in a romantic comedy! I’m not attractive enough for a start [laughs], and this isn’t me fishing for compliments or fan-mail – I’m being completely honest. When you take those roles, there is always the feeling that people will completely throw out the notion that the chance of the beautiful woman starring opposite me could fall in love with someone who looks like me.

I am not one to worry about whether someone is going to find me attractive when filming and I am very much aware that it’s been spoken about, but I’m honestly not. It’s not about insecurity, I know I’m okay, but I haven’t got somewhere because I have a pretty face [laughs].

You’ve achieved so much in your career. Do you ever get the chance to pat yourself on the back? The work is never done, and I hope that my greatest achievements are still to arrive, but who knows if they will? For every job I do, I put as much in as I can because if what I do doesn’t work, there may be no next one. You have got to also bear in mind that it can be all about the ratios. There are so many options for casting directors out there and there just aren’t enough roles to go around.

So, for everyone who is successful, another one or two are missing out. Fear is certainly one motivation and every time that you are successful for an audition or someone wants you that badly, you don’t want to let them down or let yourself down. Should they not like you or what you are offering them, that is hard to take, that’s a lot to deal with.