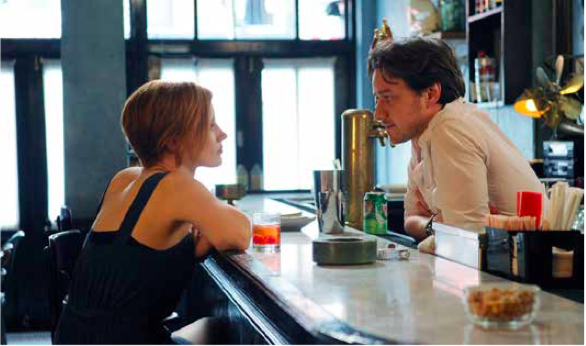 So, what do you look for when you are considering whether or not to audition for a particular part? Well, I find myself asking some of the same things when considering roles – if I go for it, what am I going to learn? Will I be in my comfort zone or can it stretch me? Would it be a film or character that I would pay to go and see? These are very important things and especially as we are in the business of putting bums on seats, you have to weigh this kind of stuff up.

What have you learned from the long time that you have been working in the industry? Well, I would certainly say that I am more in control in the sense that when I am shooting a scene, I am not as concerned as I used to be about whether the way I was playing that character in question was convincing. Would the audience believe that my performance was authentic or credible? That feeling is more or less behind me and in the past, but it was at the forefront of my mind in days gone by and sometimes that could be overpowering for me.

I have always wanted to tell the truth in a role and play that to the best of my ability. But now for me, it is now more about my interpretation of the truth, and I allow the story to show me where it should be going, instead of where it could possibly go. I am a huge believer in engineering the truth and the reality of what that truth is. I couldn’t say that I recommend that to anyone else, because that is just the way that I like to work. Advice and guidance are all well and good, but you have to be in control of your own thoughts and destiny and what that means to you.

Has that been difficult to keep your life private as you’ve gotten more famous? I’m a private person and I have always been like that, and acting or fame hasn’t brought that on. The way I was brought up by my grandparents, that comes naturally, so it’s not something that I have to work at. I find it a little off-putting talking about myself if I am honest. It’s more because I am not one to want to know about other people’s goings on, so I wouldn’t be quick to be broadcasting things about my own life. That said, I have tried to become less guarded. My nature is to be a bit wary and suspicious, so I’m constantly working to be more open and fearless.

Was this your most intense role yet? I love sci-fi, action heroes and dark stories, but being on stage is a much more intense experience. There’s nothing like it – whether you’re an actor or a member of the audience. The theatre is electrifying in a way that working on a film, shooting a scene and then waiting around for hours to shoot the next scene, can never match. Macbeth was the most physical role that I’ve ever played – I broke two fingers and a rib and got stitches above my eye. I got caught up in the violence of the play and that’s the kind of level you want to get to as an actor.

You have stated previously that you thrive on the emotional release that comes with acting? I really like this job. I’ve had so many wonderful experiences working with very gifted actors. It’s the best feeling in the world and it just reinforces how much I love my work… I feel sorry for actors who don’t enjoy acting. I’m one of the ones that do!