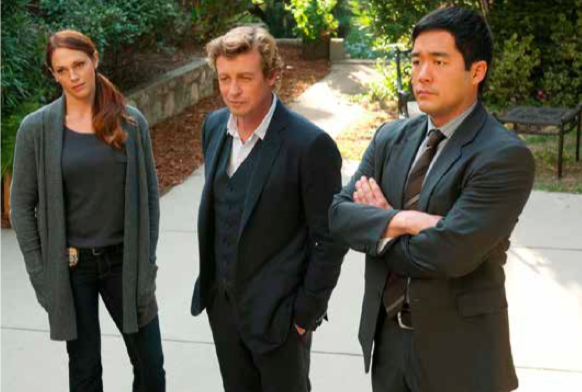 Celebrity: Together publisher David Mc Gowan sat down with Simon Baker, a fine actor who is also an ambassador of time itself.

Together: Tell us about your experience as the brand ambassador of Longines?

Simon Baker: We have been working together for seven years now, which has been fantastic, we have been to a lot of different places around the world, a lot of great events and different experiences. I have a good relationship with all of the staff that work there, and they’ve been very accepting and very warm. So, it means a lot to me. I really enjoy it. And from here, tomorrow, I will go to Switzerland, to Santa Mia and to the factory (my first time) and go through and have a look at the museum. It is exciting because I like knowing how things work and I like to see what’s behind the design, you know – we all see the beauty of this great watch, but I want to see it in a thousand pieces!

Nicole Kidman is the godmother of one of your children, and she is the ambassador for Omega, and you’re the ambassador for Longines. So, is that by total chance or is it by design? Are you more sensitive to watch mechanisms or aesthetics? It is total chance about Nicole Kidman. Oh, I’m very much drawn to the aesthetic of a watch. Absolutely. But that’s really only because I don’t pull them apart, I don’t completely understand the mechanics; I know that when you move an automatic watch, you can feel the weight spin around, and I think that’s Intriguing, and I really want to know what’s going on. I’m very much drawn to these theoretical watches and the different materials that are used and the way the light hits them.

You do a lot of sports. So, do you wear a watch while you play? Yeah, sometimes I do and sometimes I don’t. It just depends. This one, I’ll probably wear because it’s beautiful and it’s really suited to the water. But the other hydro conquest that I always surf with has a steel strap.

What do you do if you’re like five minutes ahead of your takes? Do you go on Instagram?Sometimes I just think about whatever it is that I’m doing, why I’m there, it just depends. If there are things that I have to deal, the benefit is that you can deal with a lot of stuff in a lot of different places these days. So yeah, if I’m waiting for someone and I’ve got three or four things to do, if I can do them in that period of time and free myself up afterwards – it’s really always a compromise, isn’t it? You do it now. If you can do it later, you should do it now.

What’s the first thing you do in the morning? I have a drink of water. Water, just plain water sometimes. Sometimes with lemon juice. Sometimes I meditate.

So, what do you dream of? What do you want to do? It’s less about what it is that I want to do, and it’s more about how I want to feel when I’m doing it, because you can do great things but not enjoy what it is that you’re doing because of some other anxiety. And then in hindsight, you look back and you go, wow, what I did there, it was really great but I was so tense and so anxious and uptight about it that I didn’t enjoy what it was, so I should do it again and this time really just relax and enjoy the process of doing it. It’s more about adjusting my own philosophical or psychological approach to it, to what it is that I’m doing, doing things without feeling guilty is good.

Are you also very passionate about horse riding? Yes. Well, I love horses, they’re incredible. They are just beautiful, powerful creatures, and I love the experience of riding them. I’ve ridden a bit, I’m kind of a ‘champion’ rider as I had the great fortune of being able to learn to ride a horse. My relationship with horses started when I had to learn to ride a horse for a film, because I had around four hours of riding every day. And then when we shot the film, for three months we were riding every day as well and developing a relationship with the horse, and there is something really potent about the relationship between the rider and the horse.

So, would you say that you’re ‘living the dream’ or living your dream, the dream that you had as a young child growing up or let’s say later on in your teens or early twenties, your dream today. Can it be that you’re living the life you dreamed of? No, no, because I never dreamt of any of this. I’m living sort of outside of that, you know, so, you know, every day that I’m in this situation, it’s kind of almost sort of surreal. I just take it, it’s sort of moment by moment because the way I grew up, I, I didn’t ever dream of, I didn’t have a dream. So, I’m improvising as much as I can and really just trying to enjoy each of these moments and not jump out too far and look back and panic and be overwhelmed. So, my general approach is to simplify everything back to just the basis of connections.

At what moment in your life do you remember first thinking ‘I want to be an actor’? I think it was pretty early on, when I first understood the notion of performance. I grew up in a very ideal, idyllic place, but I didn’t grow up in the best family circumstances. Like with a lot of families, there were different sorts of tensions that existed. But I understood the release of humour in those situations and I used performance to help me get through certain situations. So, I guess it was somewhat unconsciously during that period, when I was quite young. But then, I think my relationship with my mother developed in my early teens, with watching films and watching films on the television. So, when I first started seeing films for the first time, I thought, ‘Oh, this, I’d like to do this.’ I thought, wow, I’d like to be able to connect with people in that way.