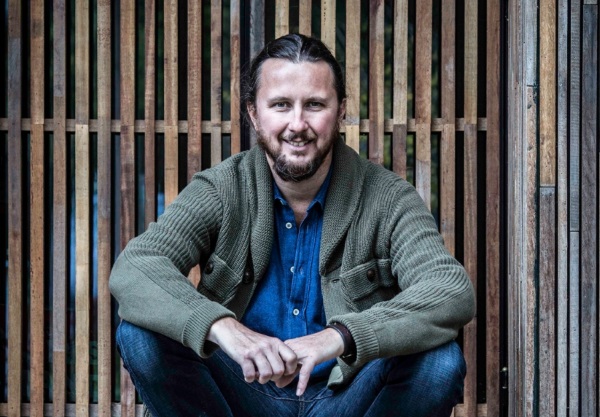 This month we look at a Belgian design creative force who likes  to mix it up.

Just like his interiors, Lionel Jadot is versatile – to say the least. Son of the Brussels’ artisan family Vanhamme, he made his first chair at the age of just six. He has been constantly evolving ever since and can add the titles of architect, interior-architect, designer, artist and filmmaker to his record of achievements. This diversity is his most important quality: he likes to mix a plethora of ideas, like a true mixologist. His interiors have been featured in AD Interior, Casa Vogue and Elle.

Published by Lannoo and written by Thijs Demeulemeester, Mixed Grill portrays him in all his complexity: Jadot, the über eclectic, autodidact and creative centipede. Mixed Grill because that is how Jadot refers to his studio. Demeulemeester is a Belgian journalist and lifestyle specialist who writes for De Tijd, Knack Weekend and Sabato (De Tijd weekend magazine)  – he specializes in architecture, contemporary art and interior design.

We feature images and text from the book depicting some of his extraordinary work. 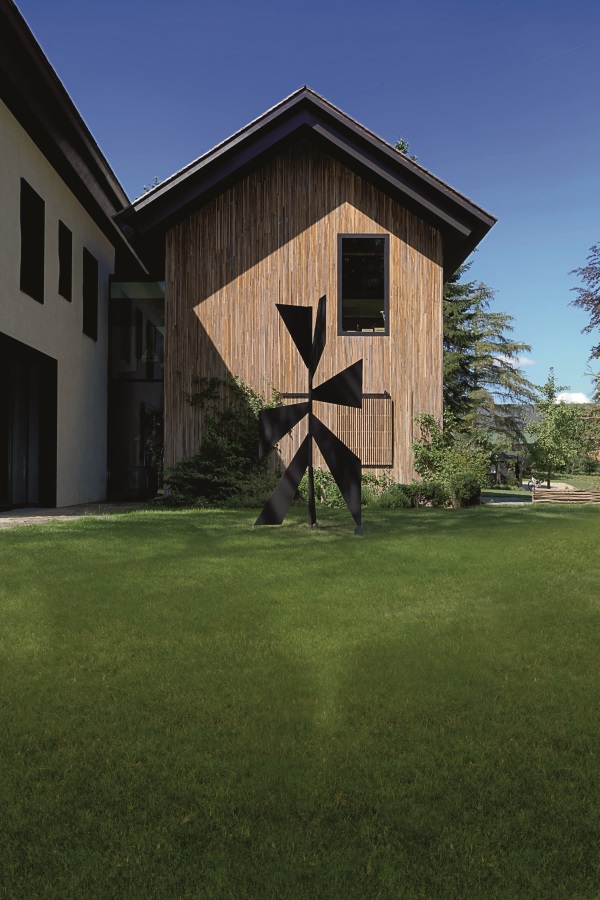 Primal scream
“This is the story of Zeno, a constructivist sculptor who built his own house-cum-workshop in the 1960s. His basic idea was simple: he wanted to create a house from blocks of clay stacked in an entirely unpremeditated way. A kind of artistic accumulation of elementary materials, in which he just happened to live as well. The roof he put on it didn’t need to be particularly nice, so long as it kept the rain out. Zeno is a fan of raw primordial materials and radical interventions. And you see that on the façade and in his interior. His hearth is a boulder, his banister is a sawn-up tree trunk, his floor is made of coarsely brushed oak planks.”

“I’ve kept the shape of the house as basic as possible,” says Jadot, ‘an assemblage of blocks with a simple roof on top. The interior emanates a fundamental authenticity…” 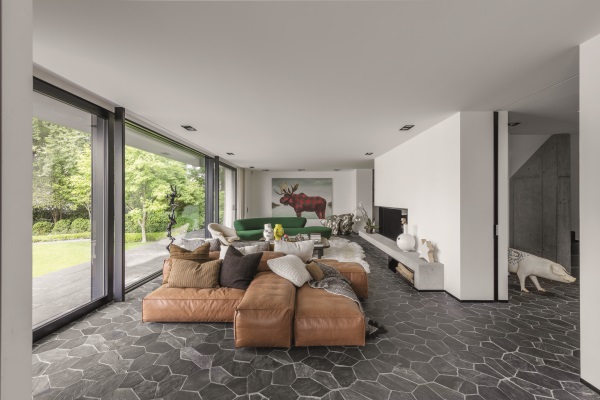 Less is bore
“This is one of the few occasions on which Lionel Jadot did not devise his own scenario, as the script for this villa in Geneva had already been written in 2015 by its Belgian architect, Marc Corbiau. In this case, Jadot was more a scenographer than a screenwriter, being responsible – in consultation with Corbiau – for filling in the existing architecture. His task was analogous to that of an opera director who interprets an existing score – without disregarding the composer, Corbiau, obviously, but also without surrendering his own individuality.”  Thijs Demeulemeester 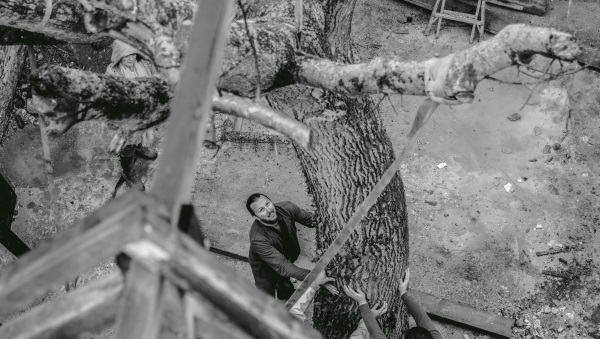 Walnut tree & grass waves
“If you ask Lionel Jadot to freestyle a stables, a kind of building he has never designed before, you can expect extraordinary results. Starting from a bastide-type farm he designed the grounds as a landscape garden, incorporating paddocks, track and stables – and custom-built hills, for which he had to excavate a huge pile of earth. It required the felling of a particularly large walnut tree, which became the principal eye-catcher by the stairs in the farmhouse.

Although the various buildings in the grounds are constructed in industrial materials they fit very well into the surroundings. In part this is due to their cladding in wooden laths – a classic in Jadot’s design lexicon – but even more to their undulating green roofs, an organic gesture towards nature.”