Paris has been designated as the best student city in the world for a second consecutive year by the British consulting firm Quacquarelli Symonds Ltd (QS). The French capital came ahead of London (by just two points), Singapore, Sydney, Melbourne and Zurich in a list published by QS, which also publishes a yearly international ranking of universities.

With only two schools in the top 100 in 2013 – Ecole Normale Supérieure de Paris and Polytechnique – France is once again behind in a ranking that is dominated by American universities. But overall Paris comes out on top based on criteria such as quality of life, affordable education, diversity and attractiveness of its graduates to employers.

“Affordable fees make France a very popular destination for domestic and foreign students. But the performance of Parisian establishments, the integration of its graduates and the high quality of life make Paris once again the best destination for students in the world,” said Ben Sowter, head of research at QS .

To establish its rankings, the firm took into account only cities of over 250,000 inhabitants and with at least two universities or colleges.

The report concluded: “Parisian graduates are targeted by a wide range of companies across the continent and elite institutions such as Ecole Normale Supérieure in Paris, Polytechnique, Sciences Po and the Sorbonne have produced some of the greatest philosophers , theorists , scientists and mathematicians of the last hundred years, not to mention major trends in literature, film and art.”

Artur Reszka, economics and business student at Sciences Po, Paris told The Guardian: “Culture in Paris is widely available and highly affordable if you have a student ID in your pocket. Just a couple of weeks ago me and my friend went to Théâtre des Champs-Elysees for the grand total of €5 per person!” 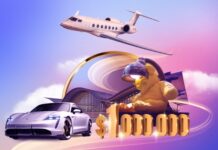