Recent news of American espionage continues to cause a stir in the Länder. And it’s to the detriment of some brands stamped ‘made ​​in the USA’, in particular Apple whose iPads were recently banned for safety reasons from 10 Downing Street, the office and residence of the British Prime Minister David Cameron. Now it’s the turn of the Bundestag, the German parliament, who have banned the use of iPhones in the chamber, at least for professional conversations.

“Our conversations and our communications infrastructure must be safe,” the German government declared when the scandal broke – and that’s exactly what they’ve done.

Unfortunately for the Apple brand, the selected encryption program is not compatible with its phone. All calls and sms via the device will be banned in the German Parliament. Suffice to say that the success of the iPhone among elected officials might suffer from this decision.

In Germany both the government and the population are struggling to come to terms with the revelations that the US has been spying on Angela Merkel since 2002, when she was not yet Chancellor. Some have even proposed that the country grants asylum to former NSA agent Edward Snowden. According to a recent survey 60% of Germans regard him as a hero, while 14% believe he is a common criminal.

Photo: “The Mission Never Sleeps” (Due to massive amounts of data processing, NSA is the largest electricity consumer in Maryland). 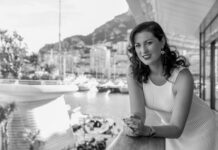