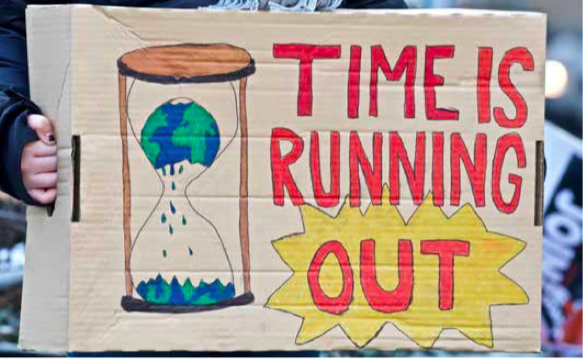 Do you remember the U2 song Grace? “Grace finds goodness in everything.” Isn’t that just what grace is? To see the beauty in all of life’s experiences in the toughest times and in the roughest moments. Grace means to receive more than you deserve, to be invincible and to be showered with abundance and gratitude.

To receive love and forgiveness, even though you don’t deserve it. It is to get what
you least expect, a blessing from the divine source, or even a gift from an enemy – even though the very concept of enemies is a human construct to serve specific interests. When people behave like enemies of a sixteen-year-old girl, while she is risking her life, crossing the Atlantic Ocean to save our planet from destruction and climate disaster, well, what can I say…

As a Swede, and as a human being, I have to say that I am very proud of Greta Thunberg. It makes me think of my history teacher, who said more than thirty-five years ago that the world should be run by thirteen-year-olds. He argued that at that young age, we are still close to our convictions and we haven’t been corrupted yet by personal interests and obligations to provide for our families ‘no matter what.’ It is indeed ironic as the earth itself is the embodiment of grace and abundance. She has and holds more than we could ever ask for in our wildest imagination. The nourishment and the beauty of this earth are to put it simply, purely gracious for an ungrateful humanity.

Even though you may have avoided the hurricanes and the heat waves this summer, I believe most of us have not been able to put our blinders on to the fires scorching our earth. Being awake, we may all see that Nature needs to grace us in these times. Mother Nature is beginning to react and act differently. She just can’t stand the destruction anymore, and she is showing us the consequences in the same way as Greta is ringing the alarm bells. When I shared with my fellow Swedes on Facebook that she received The Ambassador of Conscience Award 2019, I was shocked at how many people attacked this young girl, who has read up on the science of the consequences of an unappreciative humanity.

Isn’t it ironic that the most selfish humans on this planet think of themselves as the masters of the universe? When we think about it, we realise that we are just a speck of dust, each one of us independently, in the immensity of an unexplored universe, created and mastered by something more conscious than our egos. So, this is the moment when we need grace more than ever; we need to receive more than we have deserved. In the Swedish Facebook group, one man who verbally attacked Greta said that I will be so ashamed in ten years for standing with her and standing up for her in the battle that concerns us all. I’m convinced he’ll be the one ashamed in ten years for attacking someone who could see and alert us to the state of our planet before it was too late. Before fires engulf our forests, and flooding and hurricanes tear up our homes.