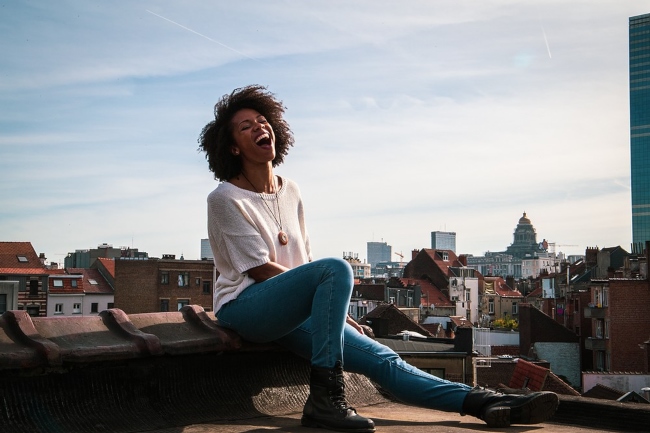 Gemma Rose meets the ‘ARTrepreneur’ Briana Ashley Stuart, helping us to become the best version of ourselves

Sometimes, things just happen for a reason. In January, if I had not decided to grab a takeaway in Place Jourdan after picking up my daughter from crèche, I would not have met Briana Ashley Stuart. Briana is a professional dancer, as well as the founder and creative director of STU Arts Dance in Brussels. At the burrito bar, whilst Briana was seated opposite the food counter finishing up her burrito, I was at the counter ordering mine.

My daughter was in the stroller, facing her. Thanks to her friendly nature attracting my daughter’s (or vice versa) eye, she and I struck up a conversation that would eventually lead to her featuring in Together Magazine. She loves this magazine, subscribes to it, cuts out the inspirational quotes from it and pastes them onto her vision board. This meeting was meant to be.

Back at the burrito bar, after me guessing she was from North America because of her accent, she told me that she is American (from Detroit, Michigan). “Are you here on holiday?” I asked. “No, I live here,” she replied. “Really?” I said.

I later read in her blog Vision, Art & Faith that she often – even daily – gets funny looks, perplexed faces, or probing questions as to why she chose to move to Brussels. She meets such responses with grace and the belief that, as she writes: “Belgium actually chose me.”

After working full-time as a professional dancer in Washington D.C, she sold up all her belongings in 2015 and travelled around Europe and Asia for six months. With no planned itinerary, her first stop was Limerick, Ireland, visiting a fellow dancer. They travelled to London for a dance event and, by chance, they met a Belgian woman who told her about Brussels’ thriving dance scene and invited her to visit.

Instinctively, Briana went. Over the course of the European leg of her could be applied more generally to living the good life. First, be open to going out of your comfort zone. Briana has many strings to her bow: performer, choreographer, teacher, coach and ‘ARTrepreneur’ (artist entrepreneur). “If you want to be a freelancer,” she said, “that means you are willing to try different things within your own art form, to make your life work for you because you have a choice: you either take that gig or you don’t.”