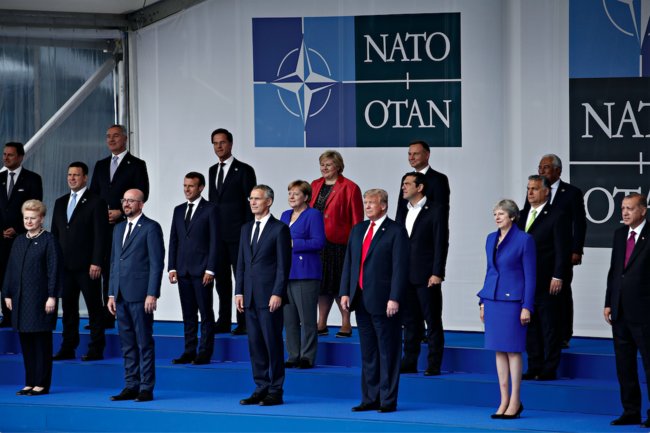 The EU has tentatively dipped its toes in the water of defence spending. It modestly proposed to spend €5.5 billion on a European Defence Fund in 2021-2027, which had the advantage of funding joint innovation and trying to create a more competitive defence industrial base. The EU has had a very fragmented approach when it comes to defence. It spends less than half of what the US spends and has 173 systems, while the US has 30. By way of example, the US has one main type of battle tank system, whereas the EU has 17. While intra-EU relations are sometimes ropey, I don’t think anyone thinks that Spain is about to go to war against Latvia. However, even this modest effort has been slapped down by the Finnish Presidency who proposed reducing this budget to EUR 2.5 billion, this does not bode well for the EU’s common foreign and security policy endeavours.

It’s not perfect, but if the EU is not going to make a decent effort at being the ‘guardian of multilateralism’ who, pray, stands a chance? This is not just a matter of internal concern. Canada and Japan are rooting for us to keep multilateral trade alive, environmentalists know that if Europe does not take an ambitious lead, the planet is stuffed, even the US wants the Europe in Nato to improve its Contribution, and while the EU’s own record is mixed, it is nevertheless seen by some as a ‘shining city on the hill’, a bastion of enlightenment values.

“They dunno what they want, they’re European!”: Many have mulled over Europe’s inability to get its act together on the global stage, citing the apocryphal remark from Kissinger: “Who do I phone if I want to speak to Europe?” I prefer to think back to my student days. Having run out of funds, a French girl who was working as an au pair in New Jersey and I decided to hitch from Montreal to New York. We managed to get to New York state and then, as darkness fell – and in a stroke of dumb luck – spotted a coach with New York City emblazoned across it and flagged it down. Arriving in the early hours of the morning at the Port Authority Bus Terminal, we headed to the nearest diner. A waitress gruffly asked us what we wanted. When we didn’t yet know, she turned around and shouted to the short-order chef: “They dunno what they want, they’re European!”

So, whether you like it or not – and that includes you Brits – to the rest of the world you are ‘European’; and, sometimes you have to stop prevaricating and make your mind up or you’ll annoy a feisty world, impatient for you to act.