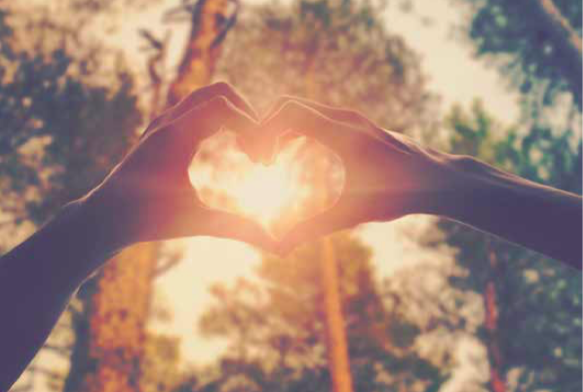 A walk in the forest also fills our lungs with a harmless bacterium called mycobacterium vaccae, which has also been proven to make us healthier and happier by boosting the immune system and in turn creating a positive effect on our emotions, according to recent research out of Bristol University.

But it’s not just what we smell and unknowingly ingest in the woods that has a positive effect on your bodies, it’s also what we see. There is not only the benefit of being in a meditative state of observation through your mind’s eye, not unlike any kind of mindfulness meditation, but there is also evidence that observing ‘fractals’ can reduce stress by as much as 60%, according to Professor Richard Tyler of the Material Sciences Institute in Oregon.

Fractals, repetitive and eternal patterns, are an intrinsic part of the natural world and are present in every part of a forest, from the delicate veins of a leaf and the diving branches of a tree, to the mandala-like patterns of flower petals and geometric shafts of lights threading through the trees.

On a more general level, the effect of nature on wellbeing has long been documented and has been a mainstay of indigenous approaches to health and wellbeing since the dawn of time. Over the past few decades, projects have sought to create hospitals, offices and schools with regenerating views of nature and integrate green spaces into town planning in a bid to increase urban wellness.

A group of Canadian, Australian and American scientists conducting research on tree density in the Canadian city of Toronto recently found that having ten or more trees on any given block made residents feel an average of seven years younger and feel positive emotion comparable to receiving 10,000 dollars. The more trees per block, the more evident the increase in wellbeing.

This kind of research is occurring in tandem with the increasing use of the term ‘Biophilia’, from the Greek for the love of life and the living world. A concept made popular by American biologist E.O. Wilson, Biophilia suggests that we are intrinsically connected to nature as it is from nature that we come. It is a school of thought that considers nature as being a vital element to our wellbeing and that, conversely, cutting oneself off from nature creates disease and general unhappiness.

Today, Shinrin Yoku Organizations are popping up all over the world, with forest bathing guides, groups and workshops often only a click away. The European Forest Therapy Institute offers a list of Forest Bathing guides all over the continent, as well as certification courses to become a guide yourself. Brussels has been labelled the greenest capital city in Europe, and with the largest forested area in Belgium right at its doorstep in the form of the UNESCO Heritage Site Soignes/Sonian oak and beech forest, you may begin to hear the call of the wild sometime soon…

So, the next time you venture into the forest and arrive in a clearing, take the time to fill your senses with the wonder of the woods and let nature do the rest.