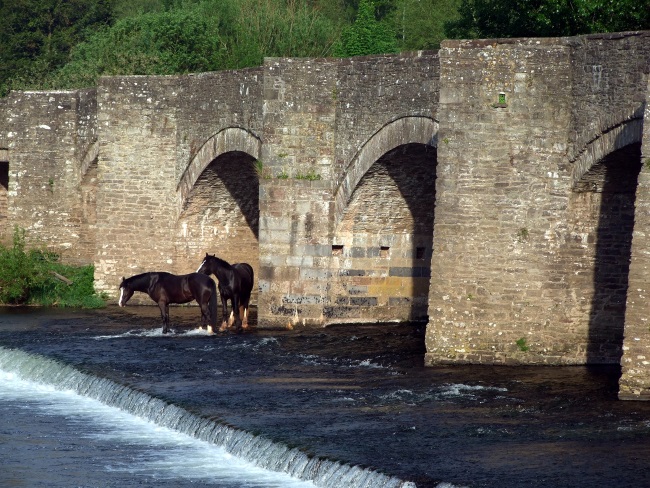 For some enough is enough when it comes to tax structures. The small-business owners in the Welsh town of Crickhowell must have thought when learning yet again in the press about the near zero percent in taxes that large international groups pay on their revenues. As a reaction they have decided to apply similar tax avoidance schemes to their own revenue. In doing so the entrepreneurs hope that the authorities will pay due attention to the perceived unfairness of the situation before other towns follow suit and bring the finances of their country in great difficulty.

For years multinationals have been criticised for their practice of international tax optimization. Though legal in most cases, those tax schemes are judged as too aggressive or unethical by the ever better-informed general public. People want their social security, roads, trains and schools to stay affordable. Allowing multinational companies to structure their taxes via a Channel island, Switzerland, The Netherlands, Luxembourg or another tax friendly country depletes the coffers of the tax authorities of the much needed money to keep on supporting those social benefits and the rest of country’s infrastructure.

Sometimes this unfair competition has a direct effect. If you are a coffee shop owner paying your taxes locally, you are not amused by what a multinational company like Starbucks can do on their pricing by lowering their tax bill.

It is all very well that the OECD has presented its recommendations on BEPS (Base Erosion Profit Shifting) practices. First they need to be implemented, then they still need to result in real increases of the amount or percentage of taxes multinational companies actually pay. Many fear that new international loopholes will be found sooner rather than later.

In that respect the revolt of the Welsh town is commendable. Hopefully they succeed in one way or another to get real attention and support. No one wants their social security system to go bankrupt or schools to become so expensive that only the rich can pay for decent education.

At the same time, this action should draw attention to a serious mismatch in the situation of the financial markets today. On the one hand, investors receive near zero interest income on very long term government bonds, and on the other hand investors in the stock markets keep on looking for 10% or more return on equity. If interest rates stay low for the foreseeable future, this is not sustainable. It should lead to yields on equity to also become lower.

The protest of this Welsh town also supports the popular disintermediation drive of the likes of Uber or Airbnb. Although those two do not target large multinational companies, they allow for the general public to earn extra revenues. And the likes of online payment systems, peer to peer lending and crowd funding ventures are targeting the franchise of large multinational banks, whilst the latter still seem to be paying rather high amounts and percentages of taxes on their business.

It may be time for a coffee disintermediation company to step up and create an app that delivers coffee to you from a nearby house at a lower price than the multinational groups do in their shops. It is only a question of time before such a thing will happen.The same could also be done with pizzas or other food. We ain’t seen nothing yet on what the digital revolution can bring to this table. Multinational companies be warned.

Finally, isn’t all this a strong call for a new rating agency to be created, one that looks at the sustainability of companies including tax?

Today, we essentially have risk rating companies like Moody’s and Standard & Poors looking at the creditworthiness of a company. They essentially only judge the Balance sheet and Profit & Loss account of a company and its evolution. On the stock market you have stock ratings by analysts who evaluate the potential of a company as far as its future stock price potential is concerned. Also, there the financials are important, yet the strategy and the potential to innovate and grow are measured too. All these ratings are not enough the public seems say. They are calling for a real sustainability index, and particularly one that includes a measurement of the taxes a company pays, its contribution to society, also locally. It looks pretty clear that if such a rating existed and would be widely used and visible, consumers will reconsider their purchase of goods or services from a poorly-rated company and move to its better-rated competitors.

A widely-used sustainability rating would at the same time give the ‘Buy local’ initiatives more reasons to be cheerful. Of course, the corporate tax percentage alone is not everything – the CSR initiatives of a company, the number of people it employs, its ecological footprint should all be integrated into the equation.

If the Welsh tax revolt can grow and keep momentum, it might just become the trigger needed for a ‘fairer’ international tax system for multinational companies. Although some do not find anything ‘fair’ about taxes, even they like an orderly society with a great social and physical infrastructure. If you would leave all that to capitalism the risk is high that it will not work, at least not for all or for most of us.