Wasn’t Leonardo DiCaprio responsible for bringing you on board the film?
(Laughs) I was going to work on another film (Splinter Cell) but Leo called me and told me I was being an idiot if I didn’t read the script and take a look at the story. Leo’s a brilliant bloke, very dedicated and very tough. 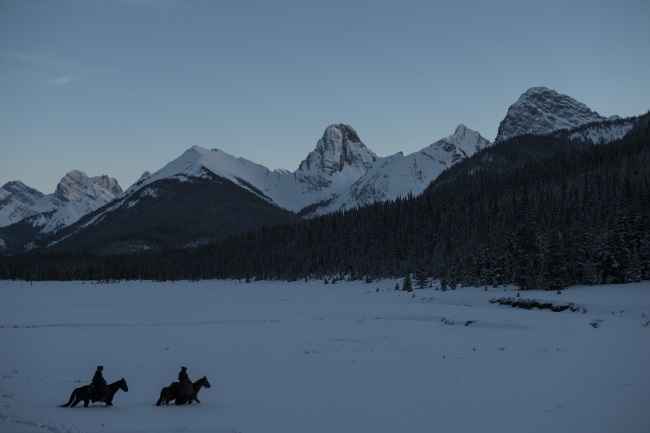 Many people are touting you as a major movie star and there’s the Oscar nomination.
I don’t want to hear any of that talk. It’s too much… I never think of myself in those terms where I’m the star and someone whose name is going to bring in the audiences. I see myself as a character actor who has had the chance to play in some important films and where some of those roles have been leads.

I’m not looking to play in blockbusters. They’ve happened more by chance and Mad Max was really the first big one for me where I play the lead. I enjoy doing the smaller films like Locke or London Road and I want to keep making different kinds of stories.

Are you by nature drawn to extreme characters?
(Laughs) I think a lot of directors see me as someone who is capable of playing extreme or tough characters. I can draw on extreme emotions when I need to and maybe some of that comes from my own experiences in life when I was much younger.

I feel like I have a pretty normal life as a husband and father. I don’t choose to play tough characters but I am very interested in the twisted psychology of human nature. That’s why I wanted to play both Kray brothers. How can you not want to take on a challenge like that?

Your work also reveals a very sensitive side to you at times.
Your flaws and doubts and vulnerabilities are going to be much more interesting and reveal much more of you than your aggressiveness. That’s really a mask to prevent people from knowing who you are. I like being sensitive and emotionally available. I still remember the time I spent with James Gandolfini (on The Drop) and getting to know him. I will never forget how this big man who looked so intimidating was actually very sensitive, vulnerable and so kind in person. He was just a beautiful man.

You’ve been very open about some of the difficult times you went through as a young man. Does being an actor make it more complicated to lead a stable life?
Actors need anything they can find to find balance in their lives. You’re constantly throwing yourself into characters with very different emotions and personalities and you often need to draw on very intense emotions of your own to be able to play those roles which are sometimes violent and disturbing. You can easily lose your sense of reality.

How were you ultimately able to ground yourself and find that balance?
I had to fight hard to find stability and become a better man. It takes a lot of work and perseverance and also the help of many good friends. Becoming a father also gave me a greater sense of responsibility and there was no way of ever f–king around with that. When you are responsible for another life you have to forget about being selfish and take care of your family and become the kind of father and husband you need to be.

Celebrity: James Mc Avoy, in love with his trade