There is a lot of talk about zero economic growth in the western press these days, particularly in Europe.  Indeed, most countries in the south of Europe are in the economic doldrums, given the austerity packages the governments of Greece, Portugal and Spain have had to implement in exchange for support from the EU and the IMF. Italian growth is not very promising either, and France’s lacklustre at best. Apart from Germany, the rest of the EU economy seems to be treading water instead of growing.

Things are quite a bit brighter on the other side of the Atlantic. In the US, growth seems finally to be picking up. About time, given the enormous amounts of liquidity (cheap money) the Federal Reserve (FED), the US Central Bank, has been (and still is) pumping into the economy and the government’s frightening budget deficit and national deficit from the past, present and probably the near future.

China, the economic wonder of recent decades, is growing pretty fast at 7.5% or more of net GDP, still quite a bit lower than in the years running up to the Beijing Olympics of 2008. Japan, the third economy around the globe, is being stimulated by the Bank of Japan which is finally applying the techniques of its western counterparts, the FED and the ECB in particular, by flooding the local financial markets with liquidity. This was long overdue, given that the economy and the deficit have been in dire straits for more than 20 years now without any serious signs of structural improvement. A dawn at last?

I think that even the sternest critics have to admit that the different governments and their national and international institutions have all done a great job in trying to solve the big issues since the onset of the massive financial and economic crisis in 2007. But it is far from over yet.

Contrary to the developments after the 1929 crash when the banks, economies and markets got an immediate huge shot in the arm to recover slowly but surely over a few years, this time things have been balanced out so far, though that’s not to say that some people are not suffering. There has not been a real shock to the system. It started as a very bad international bank crisis that spread to the real economy, then to governments and now to the lenders of last resort, the central banks. That may all seem to be very sensible, but where will it all end? How will we really get out of all this? When and how will all that money the central banks are pumping daily into the markets and into government debt be paid back?

Furthermore, there is more going on behind the scenes of this once-in-a-century crisis. The world economy itself has seen massive change very quickly over the past few years. It is not only the shift of economic power from the west to the east or to Brazil, Russia, India, China and South Africa (BRICS). There also is the giant leap at breath-taking speed towards the digital, internet or ‘online’ economy.

The former is putting pressure on the competitiveness of western countries to make products that employ known technology. Many of its multinational companies now produce in BRICS countries to import the produce back to the west. The longer this continues, the more technological development, R&D, also shifts towards those producing countries. Look at the technological rise of South Korea over the past decade. Even China is following suit, albeit at a certain distance. Essentially, only Germany with its car and machinery industry, is still ahead and the USA with its breakthrough innovation capacity. Industry wise, apart from aviation, military, medical and biotechnology, what technological advantage do we still have?

The second structural change is that the internet is dramatically modifying the model of distribution of products and services: sophisticated online stores of all kinds pop up at the speed of light. No need for expensive brick and mortar shops anymore, only large efficient warehouses in cheap locations.

Of course, BRICS countries are evolving in a western manner as far as salary levels and demand for social security are concerned. The coastal regions of China can no longer compete on the price for basic goods like T-shirts, for example. Its industry is moving up the added-value ladder. Cheap textile is coming from Bangladesh, Vietnam, North Africa or Latin America these days. But the move towards more social and richer developing countries does not exactly follow the western model. The developing countries can learn from our  mistakes and excesses. That means, however, that we will have to change structurally to survive.

Look at South Korea again. They are capable of making almost anything and everything as well as, better or cheaper than the rest. Yet their labour, productivity and social costs compare very favourably with those in much of the EU. Is South Korea going to face our problems in the future? It may very well be, but with hindsight it can prepare and do better than we did.

Back to the effects of the digital age. On the internet, everything seems to be cheap or free, at least with regards to searching for information, listening to music, reading news, chatting with your friends. All or most of these services are replacing existing paying ‘brick and mortar’ services. If this trend continues, it could create an important deflation of classic economies. Of course there should be business models behind these new online services so that they make money. There are large amounts of seed money available to companies that make no money at all but have great prospects, so we might not be far away from the situation just before the peak of the (first) internet bubble in the year 2000. On top of that, money is so cheap and abundantly available today, almost anywhere around the globe, that even though banks may have become more strict on credit risk analysis in the aftermath of the 2007 crisis, there is not much interest payable on loans. Investors with money are looking increasingly away from bank deposits in search of higher returns, but with higher risks.

Beware, there never will be an alternative to thoroughly checking the business plan of anything you invest in and to do a ‘worst case scenario analysis’: what if interest rates rise, what if everyone has enough of social media, what if there is an online virus pandemic, what if the BRICS countries face social unrest?

Having said that, wealth has always been created by entrepreneurs. Starting new businesses and creating new technology is the only way forward, but when valuations or future expectations are high or money is ‘cheap’ for a long time, it is good to realize the risk of sales and markets going down.

Luckily, the rise of the economies in the developing countries also brings an increase in their number of middle class citizens and the buying power they have. If the crisis in the EU continues for much longer, the number of people in its middle class may actually decline for the first time since the Second World War.

Change is a part of life, and it all seems to be happening ever faster these days. We have to change, particularly in western economies, the EU first of all. It is not all fun, but it is a necessity to survive in the long run. History has a record of many countries that went down, from some of the most powerful ones in the world to Third World countries. The same ups and downs affect industry as well. Make your choice and be prepared to change. 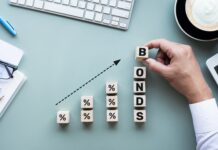 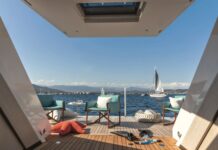