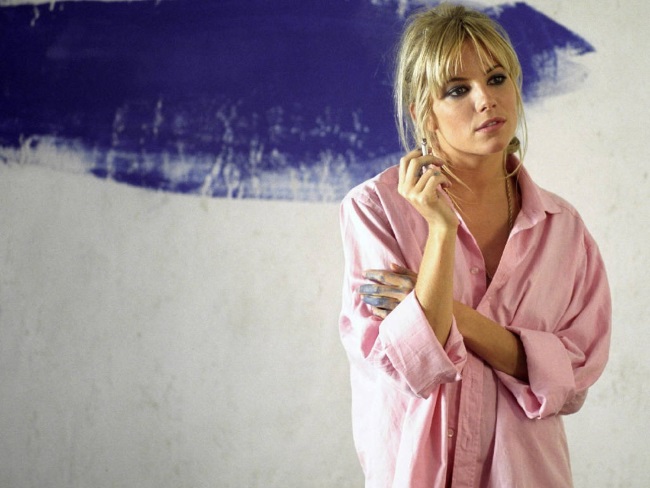 Our latest celebrity actress has tackled some very difficult roles.

Often classed as a Brit but actually a native New Yorker, it may have taken 35 years for Sienna Miller to go back – although she was born four full years after the catchy Odyssey hit – but the actress known mostly for her roles as troubled or emotionally-drained characters says she definitely feels at home in the Big Apple.

As if testing the water a little, Miller spent a few years in the city as a teenager where she was studying, whilst also acting and spending time as a model for Coca-Cola, for Vogue and for that iconic 2003 Pirelli calendar shoot. But it wasn’t until 2016 that she moved to New York full-time with her daughter Marlowe, six months after splitting with Marlowe’s father, Tom Sturridge.

Miller’s film choices have often been patterned by off-screen events. It all started when she played the love interest of future James Bond Daniel Craig in Matthew Vaughn’s gangster-flick Layer Cake, alongside Jude Law – who she would later have an on-off romance with. Then, following the remake of Alfie­, also with Law, she endured tabloid newspapers covertly take pictures of her naked whilst on set for movie Hippie Hippie Shake, which was later abandoned.

Within three months of her giving birth to Marlowe in 2012 she was back to work in Foxcatcher, alongside Steve Carell, Channing Tatum and Mark Ruffalo. The same year, Miller would star in Clint Eastwood’s American Sniper with Bradley Cooper.

The story is told over the over the course of 11 years, on a journey that wades through hope, despair and, finally, the long-awaited discovery of the truth.

Together: This is your first leading role in a while, and a very intense one. You play a character whose teenage daughter disappears and leaves you to raise her child, your grandson. As a mother yourself, was that a difficult part to play emotionally?
Sienna Miller: I think that as a female actor it is probably the hardest thing that you could imagine, as that is one of the hardest things for a person to go through. I think that if you have children, you do this thing where you imagine how devastating it would be if it happened to you, but you sort of go there in your mind as an actor.

There was something very interesting about exploring that, but also about the resilience of the human spirit. This woman begins as one thing and ends as another and I think that you are left – in spite of the tragedy that she goes through – with a real feeling of hope and courage and it is a pretty powerful story.

It was really when I read the script – and it often happens when I am clear that I want to do something – but I had a total vision of how to do it and that happened with this film.

The subject matter is obviously very dark – this a woman who loses a child and that was something which I was very daunted by. But as soon as I met the director, Jake Scott and we started having creative conversations, then I really felt like I could do it with that group.