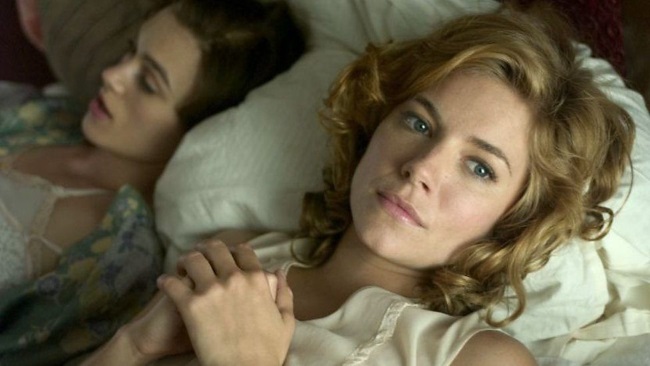 Are you very emotional?
Yes. I am. I totally respond on a feel-think level. It’s all about instinct and I think it’s good for me in my job. But it’s sometimes hard to navigate life because I’m so sensitive and I read things on an emotional level and I think that’s what actors do and that’s why they’re notoriously difficult or overly-emotional.

Christina Hendricks plays your sister and I understand that before you shot this movie, neither of you had ever met before.
That is true, and Christina is someone whose work I have loved for years, but no, we had never met prior to filming. It is strange when you have to form a close bond for a project with someone who you have never even spoken to previously.

I remember when I first got there for the first day of filming I met with Jake, and he wanted us to go upstairs to a bathroom and put make-up on each other. We were both like: “Oh God, please no!” [Laughs]. I think I remember Christina saying: “I think that is going to make us feel more uncomfortable with each other.”

But somehow, that really broke the ice and before I saw her and realized that she had been cast in such a role, I was wondering how that would work. Because she is the most glamorous and beautiful woman and I don’t know if I have ever felt more of a sibling-like bond with an actor and that relationship is one of the most powerful aspects of the film.

I think, though, ultimately it comes with the script because it was a fully-realized thing. It was a total gift and it was very mapped out and very, very clear. Jake as a director, managed to create this environment where it was almost an instantaneous family. He really spent a lot of time individually with each of us explaining the back story and he casts it in a way where we just were a family. It was one of those magical things where Christina and I met, and it just felt right.

Ever since you did Foxcatcher, you’ve got to work on some quality movies.
I think I have a better sense of a decent script now, perhaps that’s what you learn growing up as an actor. Clearly, I’m doing something right if I’m getting to work with Clint Eastwood, James Gray, Bennett Miller, Ben Affleck. Something has happened, something has changed, I think much of it has to do with getting older.