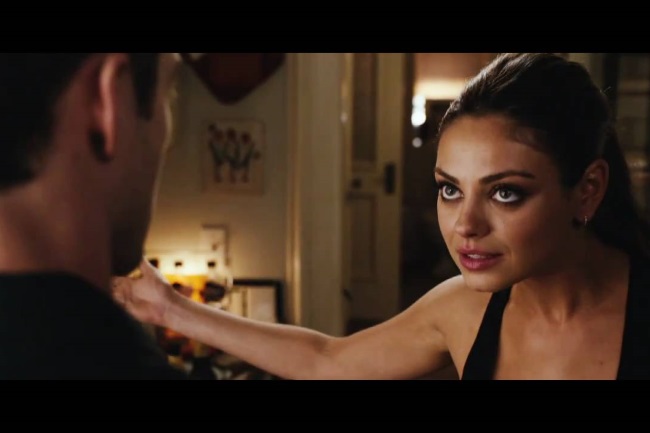 The latest survey about cinema sex scenes runs the timer on the stars.

Hollywood’s longest on-screen sex scene is between Justin Timberlake and Mila Kunis at a whopping 5 minutes, and 41 seconds. The A-List celebs with the shortest on-air lovemaking are Ellen Page and Michael Cera with 6 seconds each Kristen Stewart and Jesse Eisenberg make it just over the ‘one-minute wonder’ mark with 67 seconds each.

We all love to watch heartthrob actors and actresses flourish in their on-screen romances. With steamy scenes giving us a taste of what celebs might be like in real life, experts at OnBuy.com wanted to see just how long our beloved actors and actresses lasted in these scenes.

Looking at ‘IMDb’s Best Rom-Coms and Romance Movie’ list OnBuy analysed which films had sex scenes in and just how long the lead roles lasted on-screen.

Jake Gyllenhaal comes in second place with 157 seconds of movie lovemaking. In fact, Gyllenhaal racks up two minutes and 37 seconds in the award-winning film Brokeback Mountain, and the 2010 rom-com movie Love & Other Drugs.

In third place is Matthew McConaughey, lasting 106 seconds on-screen. The one minute and 46 seconds Casanova rolls around in both Fools Gold and How to Lose a Guy in 10 Days with leading-female Kate Hudson.

The last three spots go to Ashton Kutcher with 31 seconds, Mathieu Kassovitz with 7 seconds, and finally Michael Cera with 6 seconds.

Hollywood’s Longest On-Screen Female Casanovas
In first place is Mila Kunis with 341 seconds of on-screen lovemaking. Alongside her male-lead, Justin Timberlake, Mila thrusts her hips for a total of 5 minutes and 41 seconds in the rom-com film Friends with Benefits.

Anne Hathaway comes in second place with 121 seconds of movie romping. The American actress racks up two minutes and one second in her leading role in the tear-jerking film Love & Other Drugs.

In third place is Katherine Heigl lasting 118 seconds in the on-screen bedroom! The Ugly Truth and Life as We Know It star totalled one minute and 58 seconds with these rom-com flicks.

The last three spots go to Audrey Tautou and Hilary Swank with 7 seconds and finally Ellen Page with 6 seconds.

Find out more about the cinema sex scenes survey on www.OnBuy.com.