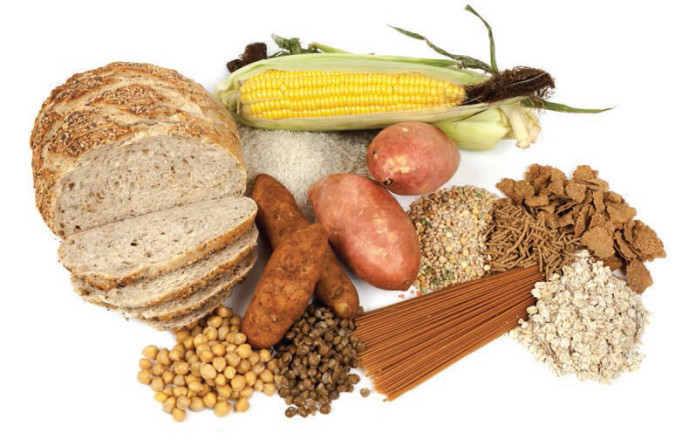 It is quite common nowadays to be confronted with strongly upheld dietary convictions such as “carbohydrates are bad for you”. Digging a little further to better understand the foundations behind such beliefs reveals widespread puzzlement and dubious assertions that carbohydrates, also widely known as carbs, make you fat. It is very common for people, especially those attempting to lose weight, to completely cut out or radically reduce carb consumption because of their ‘supposed’ association with weight gain and fat accumulation.  But is there robust science to support this type of dietary behaviour? Or is it yet again another diet hype? This article will explore whether the science supports the claim that carbohydrates make you fat or whether, on the contrary, it refutes it.

‘The carbs are bad’ misguided philosophy
Diets such as the Atkins, Dukan and South Beach have certainly not done carbs any favours; on the contrary, the connotations surrounding carbs are very negative. ‘The carbs are bad’ philosophy from the above-mentioned diets has created widespread misperceptions about carbohydrates and their importance for health.  Carbs represent such a broad food category; not all carbs are the same, and it is the type and quantity of carbohydrates that matters.

What are carbohydrates?
Carbohydrates are a primary source of energy. The body converts most carbohydrates into glucose (sugar), which fuels cells such as those of the brain and muscles. Carbohydrates are one of three macronutrients found in food, along with fat and protein. There are three different types of carbohydrate: sugar, starch and fibre.

Sugar is the simplest type of carbohydrate as it consists of one single sugar molecule; it is naturally present in some foods, including fruit, honey and milk (lactose). Other forms of sugar (for example table sugar) can be added to food and drink such as sweets, chocolates, biscuits and soft drinks during manufacture, or added when cooking or baking at home. Remember: sugar is a carbohydrate but not all carbs are sugars.

Starch is a complex carbohydrate as it is composed of many sugar units linked together; starch is found in foods that originate from plants. Starchy foods (bread, rice, potatoes and pasta) provide a slow and constant release of energy throughout the day.

Fibre is only found in foods that come from plants. Fibre is a non-digestible carbohydrate; the sugar units in fibre are bonded together in such a way that your body can’t break the bonds and digest them. Instead, fibre transits through your small intestines and reaches the large intestine intact. Rich sources of fibre include vegetables with skins on, wholegrain bread, wholewheat pasta and pulses (beans and lentils).

Health benefits of carbohydrates
Carbs are important for health, and as part of a healthy balanced diet they embody the body’s main source of energy, providing about 4kcal per gram.  Carbohydrates contain fewer calories per gram than fat, and starchy foods can be a good source of fibre, which renders them a valuable component in weight loss plans. By replacing fatty, sugary foods and drinks with high-fibre starchy foods, it is more likely you will reduce the number of calories consumed. Moreover, high fibre starchy carb foods add bulk, ensure a slower release of sugar into the blood compared with sugary foods and drinks, giving you that feeling of fullness.

Vegetables, pulses and wholegrain varieties of starchy foods and potatoes consumed with their skins on are good sources of fibre. Fibre is an important part of a healthy balanced diet as it promotes bowel health and reduces risk of constipation. Some types of fibre have been shown to have cholesterol-lowering properties. Research shows diets high in fibre are associated with a lower risk of cardiovascular disease, type 2 diabetes and bowel cancer. Many people are not meeting daily fibre requirements making it all the more important to include sources of fibre in your diet.

Should you cut out carbs?
It would prove to be very difficult to eliminate carbs entirely from your diet. In the absence of carbohydrate, your body will utilise protein and fat to generate energy. Healthy sources of carbs such as starchy foods, vegetables, fruits, legumes and dairy products are an important source of nutrients such as calcium, iron and B vitamins. Cutting out carbohydrates and replacing those calories with fats and higher fat sources of protein could increase your intake of saturated fat, which in turn raises the amount of cholesterol in your blood – an established risk factor for heart disease.

Cutting out a whole food group (such as starchy foods) as some diets advocate could put your health at risk because it could ultimately lead to nutritional deficiencies, unless the shortfall in nutrients are substituted with healthy alternatives. It may also be hard to consume adequate levels of fibre, which is important for a healthy digestive system.

Furthermore, when you are low on glucose, the body breaks down stored fat, converting it into energy. This process causes a build up of ketones in the blood, resulting in ketosis. Ketosis as a result of a low carbohydrate diet can be accompanied by symptoms such as headaches, weakness, nausea, dehydration, dizziness and irritability particularly in the short term.

Do carbs make you fat?
Any food can be fattening if over consumed. It does not seem to be of great consequence whether your diet is high in fat or carbs; what counts is how much you consume in total. In fact, gram for gram, carbohydrates contain fewer than half the calories of fat. Eating too many calories – whether they are carbs, protein or fat – will contribute to weight gain. To maintain a healthy weight cut down on sugary foods which have a high energy content in favour of fruit, vegetables, pulses, wholegrain starchy foods and potatoes with skins intact, while still keeping an eye on portion size.

Carbohydrates will seldom be stored as fat. Unused glucose is typically converted to glycogen found in the liver and muscles. If unused, glucose can be converted to fat, for long-term storage of energy; however, this only happens if you frequently exceed total calorie requirements in your diet. The conversion of carbohydrates to fat requires significant amount of energy and is a complex process. As such, your body prefers to utilise carbohydrates as a primary fuel source.

Role of carbohydrates in excercise?
Carbohydrates, fat and protein all provide energy, but exercising muscles rely on carbohydrates as their main source of fuel. However, muscles have limited carb stores (glycogen), and they need to be topped up regularly to keep your energy up. A diet low in carbs can lead to a lack of energy during exercise, early fatigue and delayed recovery. Fat and protein are harder to turn into energy than carbs, which means you may feel low on energy during your exercise session.

What carbs should I be eating?
Sweets, chocolates, biscuits, cakes and soft drinks with added sugar are usually high in sugar and calories, which can increase the risk of tooth decay and can contribute to weight gain if consumed frequently, while being nutrient poor. Fruit, vegetables, pulses and starchy foods, especially wholegrain varieties, provide a wider range of nutrients, which confer health benefits.