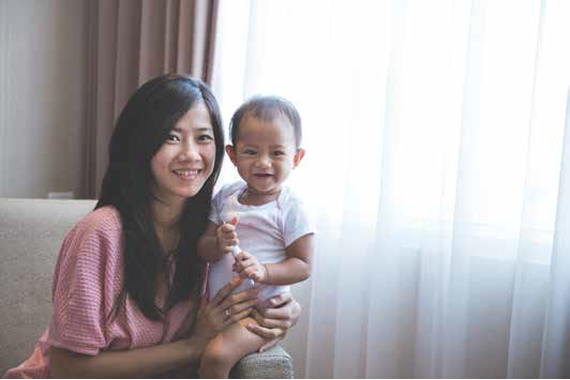 She was exaggerating of course, for provocative and humorous purposes. To fully believe her own assessment would not only have made her harsh, but simplistic in her thinking. Caring for others and caring for oneself are intertwined in crucial and complex ways. All one has to do is look around at the people who strike us as uncaring, selfish and generally mean. Scratch, nay, flick the surface, and we most often find fear and self-doubt beneath the seemingly hardened exterior.

Moreover, it is no coincidence that the seminar’s attendees were exclusively women – or in my friend’s own diplomatic words: “It was packed with housewives.” To say that if we thought more about other people, we wouldn’t have as much time to feel bad about ourselves doesn’t account for the specific relationship women have historically held with empathy. The so-called “housewives” in question were without a doubt no strangers to selflessness, or at least the expectation of selflessness. In a society where we still expect far more from mothers in this regard than we do of their parental counterparts, it is safe to say that women often view the act of caring for everyone else’s needs as a perennial obligation and a burden. Therefore the apparent need of some to reaffirm that they care about themselves is a specifically feminine – and feminist – issue, and not simply another demonstration of Western society’s obsession with the individual (the ‘me, me, me’ factor if you will), as my friend seemed to be suggesting.

That being said, and with my primatologist’s words in mind, I wondered whether she had nonetheless touched on something true and important. By presenting self-care as a form of release from always caring about others, was this mainstream self-help seminar part of the problem, by propagating the notion that our selfish needs generally conflict with the act of caring for other people?

I don’t want to sound like a typical Politics student and bring everything back to Marx, but this way of thinking sure helps justify capitalism. We live in a society which, in order to function, needs to believe that as humans our primary drive is to succeed as individuals. It can be said that our whole economy operates on the basis that we are individuals first, communities second. Caught in this frame of thinking, any social progress is inevitably an uphill battle.

As for the women learning to ‘love themselves’, despite the unfair burden of selflessness drilled into them since childhood, maybe they are indeed looking at the problem the wrong way. Specifically, if having a family feels like a burden and fails to bring a sense of self-worth, it means something is very wrong in the first place, and that the problem surely can’t be solved through a positive attitude. Put simply, we shouldn’t have to fight to conciliate personal worth and achievement, with the needs of those who depend on us.

Therefore, it seems natural to come to the conclusion that the best way we can truly help ourselves is to push for a society built around our need to do for others; where there is time and space for men and women to pursue their goals and to tend to their families and live in a community… generally speaking, to care.