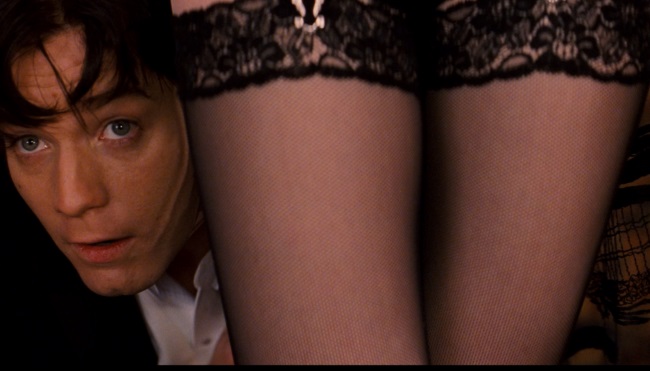 Together meets Ewan McGregor,  a Scottish movie star who can bridge box office hits and indies.

You know you’re a Hollywood veteran when you can’t place your line in one of the biggest movies of all time. Ewan McGregor looks sheepish with shame. The 45 year-old recorded a one-line part for Star Wars: The Force Awakens as Obi Wan Kenobi, but on seeing the film doesn’t know where his participation appeared.

“I did see it, thought it was fantastic, but honestly, I have no idea where I was,” he laughs, crinkling faint lines round his blue grey eyes. “I might have to watch it again to really study it.”

Born and raised in the shadow of the Highlands, McGregor has enjoyed a stellar on-screen career twenty years after his breakthrough in Danny Boyle’s Trainspotting. As a roguish heroin addict determined to shake his vices and start anew, the actor embodied the epitome of ‘cool’ for a generation and secured his indie credentials with a string of low budgeters, from The Pillow Book, Velvet Goldmine and Boyle again for A Life Less Ordinary and The Serpent’s Kiss.

And then he made the unexpected crossover to studio movies with the biggest studio franchise of them all – Star Wars.

As Obi Wan Kenobi in The Phantom Menace, many worried Ewan had sold his soul for the right price – but this new move only sought to stretch his already broad range and now the star expertly navigates both sides of the big screen spectrum. He went on to solidify his movie star credentials with Moulin Rouge, Black Hawk Down, The Island, The Impossible and Angels and Demons while maintaining his indie crown in Woody Allen’s Cassandra’s Dream, Beginners, The Ghost and Big Fish.

And his latest film, Our Kind of Traitor, reflects that balance.

Based on the John Le Carre book, McGregor plays Perry, a disillusioned lecturer fed up with his lot and going through a difficult period in his marriage to barrister Gail [Naomie Harris], after a spot of infidelity on his part. On a make or break holiday to Marrakech, they encounter a charismatic Russian oligarch (Stellan Skargard) who embroils them in a money laundering sting that could land both in serious trouble with the mafia and British secret service. But it’s the adventure Perry’s been craving all along.

Closer to his home in LA, McGregor enjoys an altogether more serene pace of life with his wife of 21 years Eva Mavrakis and their four girls; Clara, 20, Esther, 15, Jamyan, 14 and five-year-old Anouk.

Incredibly youthful in a black sweater, jeans and boots, he talks about his feelings on Susanna White’s tightly-structured script, why Naomie is his dream screen wife and why Stellan Skasgard has been sending him threatening emails for years.

Together: Mr McGregor, why Traitor? There’s lots of spy, espionage stuff out there, why this?
Ewan McGregor: I love the power and pacing of the script. The structure was very strong and assured, and there were four or five very meaty leading roles in the film, not just the one, it gave it this ensemble nature that appealed to me. And Perry was someone who spoke to me in the sense he’s very ordinary – he’s not your action hero, he’s not your typical move thriller hero, he’s real. And I like playing real people. I think that’s what links my sort of roster of characters so to speak, there’s been a realness to them all.