The script is so good, so so good, and I wouldn’t do it unless I thought it was exemplary. None of us would have been. I know there was that general consensus. It’s so well loved, if we did a rubbish sequel, that would break my heart to tarnish that legacy. I couldn’t stomach that. 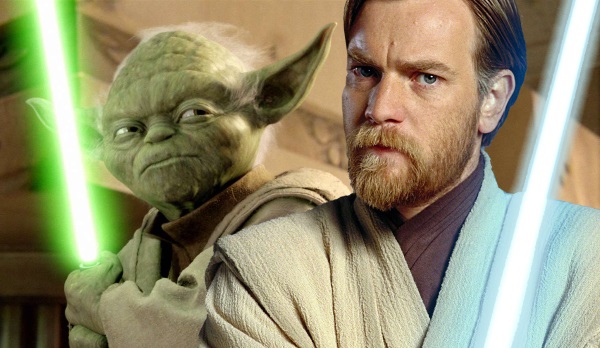 There was a bit of bad blood there between you and Danny for a while.
We didn’t speak for ten years so it wasn’t good. It was over The Beach and some business was handled badly. I was hurt by it, yes, I was very surprised and I wasn’t pleased at the time, but I’m glad it’s behind us now. That’s the nature of relationships, you go through ups and downs.

Because you two were like the dream partnership.
I think there was a stage in my career where I was Danny Boyle’s guy, I was his actor and that’s who I felt I was. Of Danny, Andrew McDonald, John Hodge, whom I met when we worked on Shallow Grave, it was the first time for all of us on a film, and there was that connection there. Danny understood me, I understood him, you know, he got the best out of me.

We understood the high level of quality desired, you don’t get trust very often. He could have asked me to do anything because I know it would have been something very trailblazing and special. I really missed that connection between us so I’m really glad that we’re working together again.

Your eldest Clara is following in your footsteps. How do you feel about that?
Yeah, it’s exciting time. I’m very happy for her, it’s something she’s wanted to pursue. There are drawbacks to the profession that you would prefer your own offspring to avoid, but it’s their life to experience and navigate.

You’ve really stretched from big budget to independent. Was it strange to work on something like Star Wars after working on Danny Boyle’s ground-breaking films, and with Peter Greenaway, Todd Hayes?
Star Wars was the biggest conflict professionally, because at that point I saw myself as an actor who worked on independent projects, who had edge, a grit. A propensity for the left of centre. I worked with, as you say, Peter Greenaway, Todd Hayes. It really didn’t feel like me, even going in for the audition, I’ll give it a go, but what am I doing here?

It honestly felt like selling out. I was looking at it through a prejudiced angle. I saw it as big studio, soulless, out to make money and nothing more. But George Lucas is an artist. A creator of worlds. He won me over because I believed every single thing he said, I believed in him and wanted to be part of that world.

And it didn’t limit me in any way. Between making these films over a duration of ten years, I worked with Woody Allen, Baz Luhrman, it didn’t do me any harm. I’ve had a chance to work with some of the world’s greatest directors and no one considered me in a different light because of Star Wars.

You seriously aren’t ageing – what is the McGregor secret?
Make-up and lots of it [laughs]. Thank you [laughs]. There’s no secret because I think I’m maturing along with the rest of them. Just exercise I reckon, that seems to be key to staying healthy. Not in the gym, I’m a stranger to the gym. Getting around outside, walking, running, cycling. It’s not a question I’m asked very often.

Celebrity: James Mc Avoy, in love with his trade