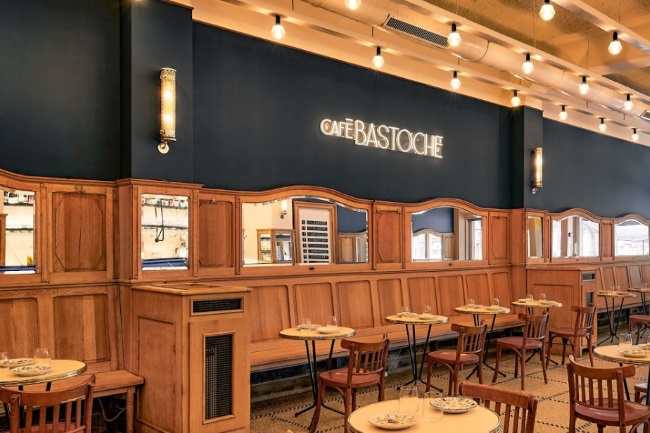 In our latest fine Brussels dining article we focus on two locla restaurants.

La Bastoche
At the Cimitière d’Ixelles (the liveliest place in town:), an old kid has returned. La Bastoche is a Brussels institution, which fell on hard times. Now it’s back, completely renovated and in the very capable hands of the Brusselsbased event company Les Organisateurs who were behind the Popular restaurant (Ixelles), the rooftop Perché and the Chez Ginette evenings. “A new establishment is under our wing. We have the immense honour of taking back the Bastoche. It is a dream challenge to bring this Brussels institution back to life,” they say on Facebook. I asked them about the penne à la carbonara – they reassured me that all the classic dishes that filled the menu are coming back, including the shrimp croquettes. How very Brussels…
www.lesorganisateurs.be/bastoche 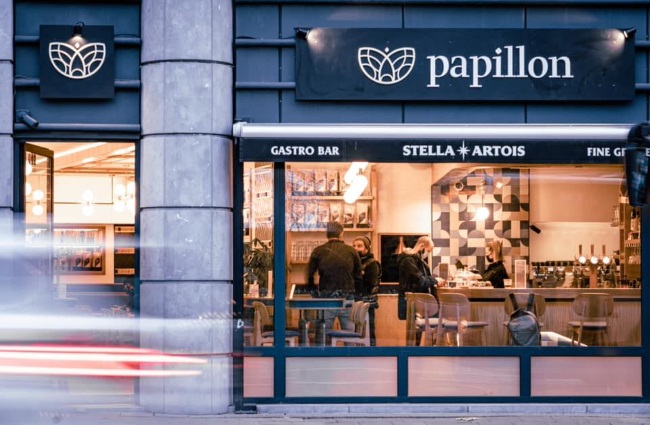 Papillon Cafe – Bar – Restaurant
Located in the beating heart of the EU institutions in Brussels, Papillon Cafe – Bar – Restaurant is bringing people together over food and drink. This new Greek kid on the block is a refreshing addition to the neighbourhood. It specialises – naturally – on fresh mezze but what’s really interesting about them is that they reinvent classic cocktails, giving them a distinctly Mediterranean tang. Did you know about ‘Greek spritz’? It’s based on Otto’s Athens vermouth, mastiha liqueur and pink grapefruit soda. And they took the Brandy Alexander and funked it up to a very Greek version with Metaxa brandy, lemon juice, cinnamon syrup with Metaxa brandy lemon juice, cinnamon syrup and aromas of chocolate. Papillon has a friendly, family vibe and excellent service.
www.facebook.com/papillonbrussels/