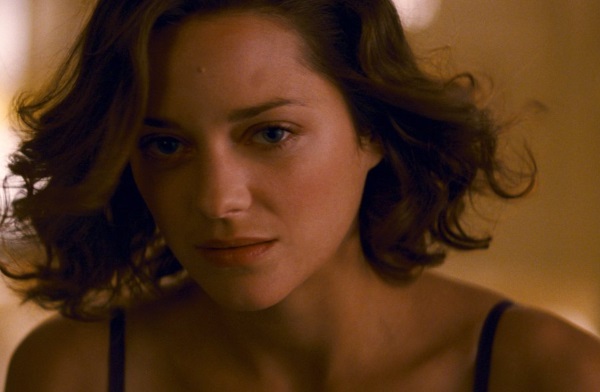 Together chatted to a French actress who just as comfortable with Assassin’s Creed as playing Piaf.

Not only is she France’s biggest star, but Marion Cotillard has also emerged as one the world’s most recognized actresses. Having won the Oscar for her stirring performance as Edith Piaf in La Vie en Rose, Marion Cotillard has also enjoyed a successful Hollywood career with roles in The Dark Knight Rises and Inception. In person, she’s a lot more impetuous and carefree than you would imagine after seeing her play darker characters in Rust and Bone or last year’s Two Days, One Night. She laughs easily although her expression can turn pensive or sad in a nanosecond.

Cotillard is in a very buoyant mood these days, however, with several major films about to be released.  Chief amongst these is the upcoming blockbuster, Assassin’s Creed, the highly-anticipated screen adaptation of the eponymous and mega-selling Ubisoft video game. The $125 million production is directed by Australian filmmaker Justin Kurzel and co-stars Michael Fassbender, who previously worked with Cotillard on last year’s Macbeth.  How does the lithe French beauty feel about making the jump with her Shakespeare colleagues directly to the vidgame universe?

“It’s very contradictory, that’s true, but the goal is still bringing your passion and creativity to telling a story,” Cotillard says. “Justin (Kurzel) is the right man to give such an immense project a human face and Michael (Fassbender) is a great actor who brings his heart and soul to everything he does. The process is still the same, it’s just that we’re working in a different playground.”

In the meantime, the 40-year-old Cotillard will also be seen in It’s Only the End of the World, directed by French-Canadian wunderkind Xavier Dolan (Mommy), and Mal de Pierres, a post-WWII drama about a woman teetering on the edge of madness while trapped in a loveless marriage.

Cotillard lives in Paris with noted French actor/director Guillaume Canet  (Tell No One) and their six-year-old, son, Marcel.

But recently Cotillard made it into the news for all the wrong reasons as newspapers across the globe cited her as the reason that Anglie Jolie and Brad Pitt – or Brangelina as their fervent fans would have it – are set for a messy divorce. Cotillard denied any link to the split and said she was perfectly happily married.

Fuel was, no doubt, poured on the flames of gossip since Cotillard and Pitt appear together in a romantic thriller, Allied, directed by Robert Zemeckis and written by Steven Knight.  It is due for release in November. It is based on a true story about two assassins who fall in love during a mission to kill a German official.

Together: Marion, you have many interesting and very different kinds of projects coming up later this year. Do you like that kind of variety?
I’m looking for roles that allow me to explore different emotional dimensions of what it means to be human. What motivated me to become an actress was the desire to tell stories and delve into human psychology.  I love the feeling of being transported into a different world and inhabiting the mind and body of a different person. When I’m acting, I forget everything around me. It’s hard to explain but it’s a very cool kind of journey.