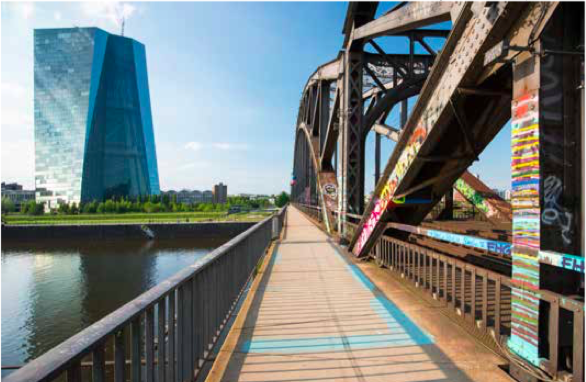 Dave Deruytter asks: Are negative interest rates coming to a place near you?
And he wonders if that is good news for borrowers and investors alike and what the risk might be. Negative interest rates in the euro have been around for a few years. Government bonds in the euro, in countries with a strong credit rating, have negative interest rates and very long maturities. Six months ago, you could still get a small positive interest on a 10-year German government bond (Bund) – today it is negative and you will have to go to a maturity of 25 years before you get a positive interest.
However, people who invested in 10-year Bunds six months ago still have a positive return today, because their capital has gained more from the falling interest rates than the loss in interest itself. Obvious gainers of negative, or low, interest rates are the borrowers.
And that is part of what the authorities want to obtain with such low, and even negative, interest rates that have never been seen before. They want to see investments increase because that leads to extra economic growth. Another part of what the governments want to see is fewer savings, and that in continental Europe is a key problem. People are very reluctant there to transform their savings into investments, at least those who have money and a house of their own to live in.

Are they (too?) prudent investors? Economic growth in Europe is lacklustre at best, and the lingering international trade war does not hint at better times soon. Will a partial trade agreement between the US and China really change the climate of uncertainty and distrust? It may be a start, but there is a very long way to go. What will be the result of the change in relations between the UK and the EU? As long as the people do not feel a ‘not too bad’ outcome, it will weigh on confidence and thus on consumption. In the meantime, digital disruption is leading to particularly large employers shedding staff. That should one day lead to a turn in the ever-falling unemployment rates for almost a decade. On the other hand, it may confirm or even improve the profitability of such companies. Nevertheless, the recent bankruptcy of Thomas Cook is a wake-up call that even great brands can go under.

Are negative interest rates an issue only for the euro countries? Next to Japan, that is indeed currently the case. But economic growth is faltering almost all over the globe and in its wake so are interest rates in the dollar and in the currencies of other major economies. China is doing everything it can to try to keep its economic growth at 6%. But observers worry that it may be increasing the debt levels in its economy by too much and that possibly the quality of that debt is deteriorating.