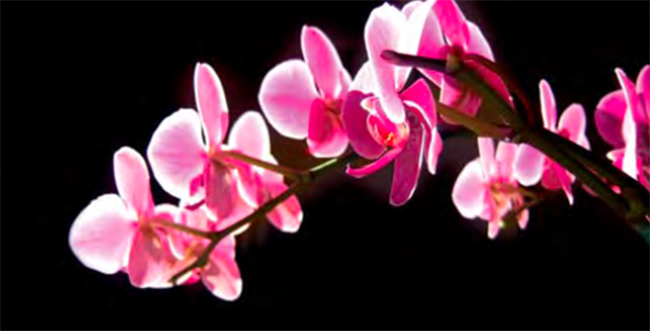 Personal Development: Our life-coaches, highlighting cases from their profession, show how nature’s nurture and renewal can be a source of wellbeing and recovery.

The man who sat in front of me had been there and done that. As a public servant and financial wizzkid, he had always been used by his superiors as their favourite trouble-shooter and fixer.

BURN-OUT: The past 20 years he had opened more secret closets than he could remember, being very much aware that most of what he might discover would have to stay strictly sub rosa. He had served faithfully – the usual 14-hour day, six days a week, 100% availability 24/24. But, at 44 he had stumbled into a burn-out that he had not recognized as such. He had been treated for depression with medication after medication, until one seemed to work. It had one disadvantage, however. After a year of treatment, it had left him impotent. Not only physically, but also psychologically: his senses, feelings and emotions were flattened, his contact with the world around him dulled.

His wife, fed up with waiting for him to come home and fall asleep, dog- tired, stayed with him for the sake of the children, as she said, and for the generous money he had always brought in, as he thought. He supposed she had a lover. He could not even be angry any more. He had tried getting better by playing golf, climbing the Kilimanjaro, seeing gurus, doing a six-day workshop about The Challenge of Leadership at Fontainebleau and recently a wellness cure in a very expensive Alps spa. There, there was a famous cook, two politicians, an opera singer, a writer and himself. His rigid, unhappy, reserved and desperately persevering Capricorn self.

At 46, he looked much older than his age. His shoulders were stooping and pulled up 5 cm too high. His gaze was vague, his hands were restless. He hardly finished a sentence before fading out in inaudible mumbling. What brought him here? His oldest daughter had suggested that he should maybe see a female coach and had found me through word of mouth. What could be a good outcome of his coaching? He lifted his head, and said: “To stop with the pills.”

FOLLOW THE MOVEMENT: I knew it would be to no avail to continue with the classic coaching approach. He had come for something different. But what? And then I remembered what Johannes Benedict Schmidt, with whom I trained, repeatedly said : “Follow the movement.” Instead of inviting him to walk around, head in the air, sniffing Spring, I proposed that he buy the most expensive orchid in town, and observe it every day for five minutes. If he wanted to stoop and look down, he would at least see something beautiful. A week later, his first comment was that the flower’s style was “pretty penis-like”. The tiniest of smiles that accompanied his remark made me think that he might very well already be on the path towards healing…

He described the incredible texture of the white petals, the intricate form that the flower created to fool insects. He had been on the internet and bought a book about orchids and the strongest magnifying glass he could find. And then he looked up at me and said: “It is as if I observe my soul.” Each day, he said, he was looking forward to those five minutes, almost obsessively.

After three weeks, he started forgetting to take his pills. After two months, he still trawled the internet to find exceptional orchids and bought two: one for his wife, one for him. Apparently, this new passion amused her. She asked to look throught the magnifying glass as well. Of course, some additional coaching was needed to make him discover that there is almost always at least one other option. He got a grip on his ‘lifescript’. He did some constellations. He cleaned his body with herbs. He started photographing his orchids, and then drawing them.

In a room full of Cattleya’s, Dactylorhiza and Aspepidendroides, he fell in love with his wife again. Today, he is a much-prized consultant who can afford to pick and choose his clients. And when his head is still slightly bowed, he now has a very attractive way of looking to one side with the tiniest of smiles, that he discovered while looking at an orchid for five minutes every day.

THE WRITER: Josephine Overeem is a professional ‘life coach’. She works both with companies to instill a lasting coaching culture and also offers individualised therapy.
Her motto: “There is always another choice.”