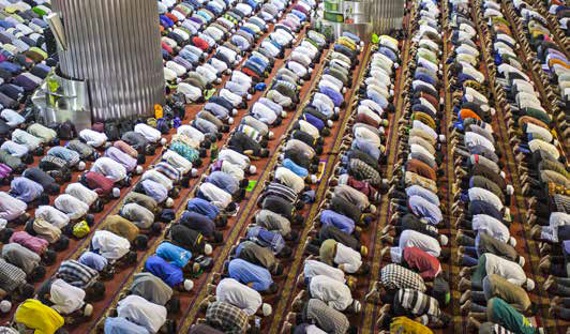 I share the view of many Muslim reformers such as Irshad Manji that the Qur’an ought to be read in its 7th century Arabian context. In fact, Islam abolished slavery, it brought rights to women, who were previously considered mere chattel, and it eliminated discrimination between race, colour or social standing.  As for the veil, the Qur’an does not oblige women to wear it but merely for people to dress modestly. As for polygamy, in 7th century Arabia, conflicts left many widows with children to support, thus the Prophet encouraged polygamy so as not to leave families destitute. Even so, polygamy is only permissible if wives can be treated equally, which the Qur’an acknowledges is very difficult to do. As for sharia law, it was developed only after the Qur’an was revealed, and unfortunately, as traditional and rigid interpretations have gained sway, any hope of reform or legal innovation was snuffed out. The more I read, the more I also realized that the practice of Islam has naturally merged with the cultures and traditions which existed before, for better or for worse.

In his critically acclaimed book, No God but God: The Origins, Evolution and Future of Islam the Iranian-American religious scholar, Reza Aslan believes that we are living in a period of Islamic reformation. Yes, we are seeing the rise of fundamentalism, but we are also seeing the rise of social egalitarianism. Iran’s green revolution, the Arab Spring and Malaysia’s reformasi movement showed that people in Muslim majority countries are not rejecting Islam, nor do they believe that Islam and democracy are incompatible; rather they want unity, equality, freedom from despotism and corruption, and freedom of conscience, the same things that Prophet Muhammed wanted in Mecca thirteen centuries ago.

On a local level, I see the reform: Muslims taking a stand against such extremism; female imams leading congregations; men and women standing side by side in prayer; gay friendly mosques. What I am also starting to see in popular culture are Muslims like me, those who perhaps are not practising, yet who feel affinity or identity with Islam. As the Pakistani–American Muslim comedian Kumail Nanjani said: “Everyone knows what a secular Jew looks like. Everyone knows what a lapsed Catholic looks like. That’s all over pop culture. But there are very few Muslim characters who aren’t terrorists, who aren’t even going to a mosque, who are just people with complicated backstories who do normal things. Obviously, terrorism is an important subject to tackle. But we also need Muslim characters who, like, go to Six Flags and eat ice cream.”

And for those amongst us who are not Muslims, we have to refrain from generalizing and tarring everyone with the same brush. Aslan understands that the key to altering people’s perceptions of Muslims is by building slow and steady personal relationships. It is through these relationships that we will realize that at the bottom of it all, we have the same fears and anxieties, hopes and aspirations as each other.